Cary, NC – Fall is one of my favorite times of year to hit the Downtown Cary Farmers Market on Saturday. It’s fun to let the market guide what I make that weekend. This past weekend I was craving Thai food, and as always, the market provided me with plenty of inspiration to make the laziest, tastiest Coconut Eggplant Soup over Jasmine Rice. Yum! 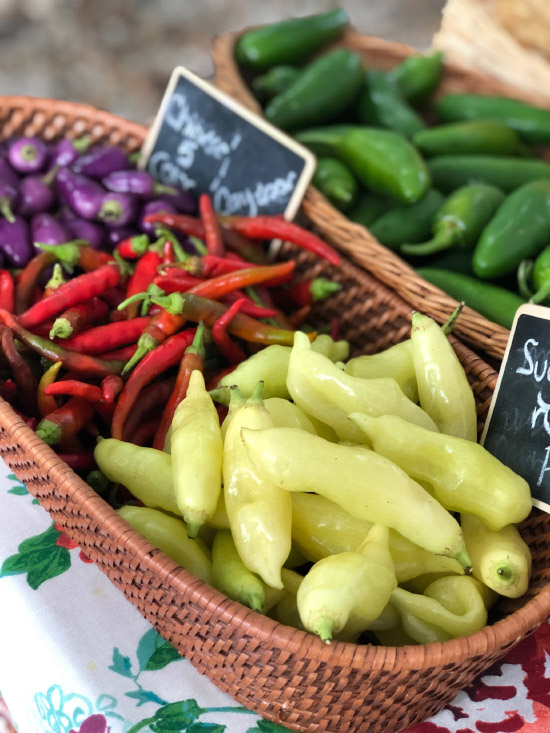 What I Bought at the Market:

All from Tsara Farm except for microgreens, from Dean’s Greens, and the Japanese eggplants. 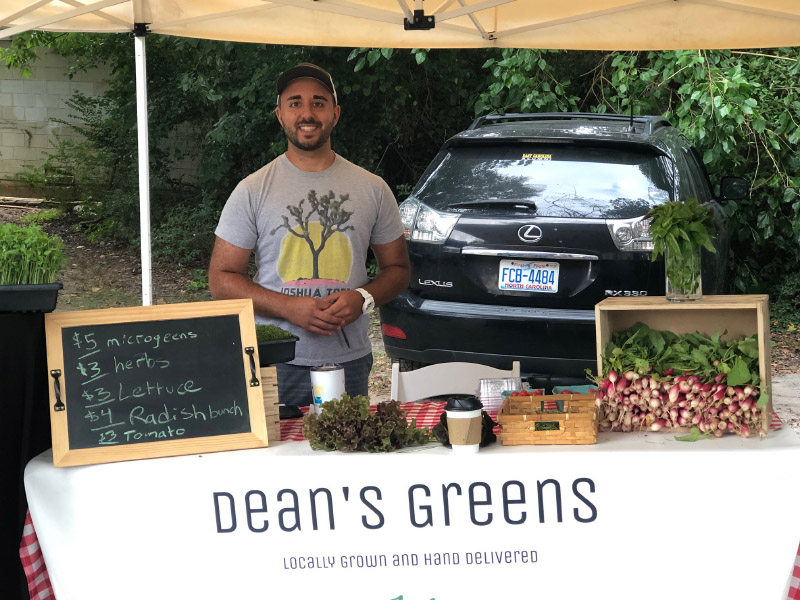 What I Had on Hand: 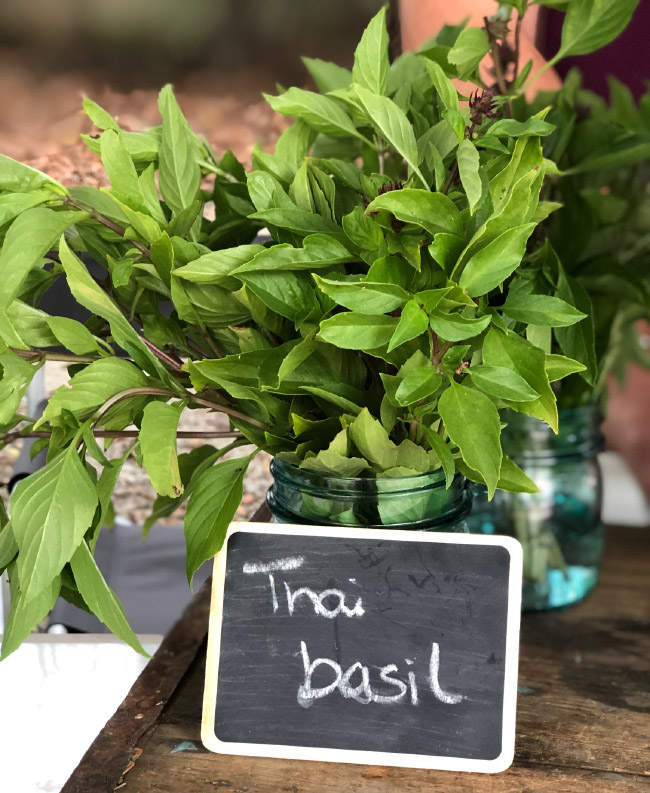 I heated the oil in a saucepan and threw in the garlic, ginger and curry paste until it started to smell amazing, then poured in the broth, lemon grass and chili and let it all simmer for 15 minutes while I made some jasmine rice.

When the rice was done, I took a slotted spoon and strained out the lemongrass and chili, and then tossed in the mushrooms, eggplant, sweet potato greens, Thai basil and the can of coconut milk. I let that simmer for another seven minutes until the eggplant and mushrooms were just cooked through. Tossed some rice in a bowl and topped it with the soup and vegetables, and topped it some microgreens. 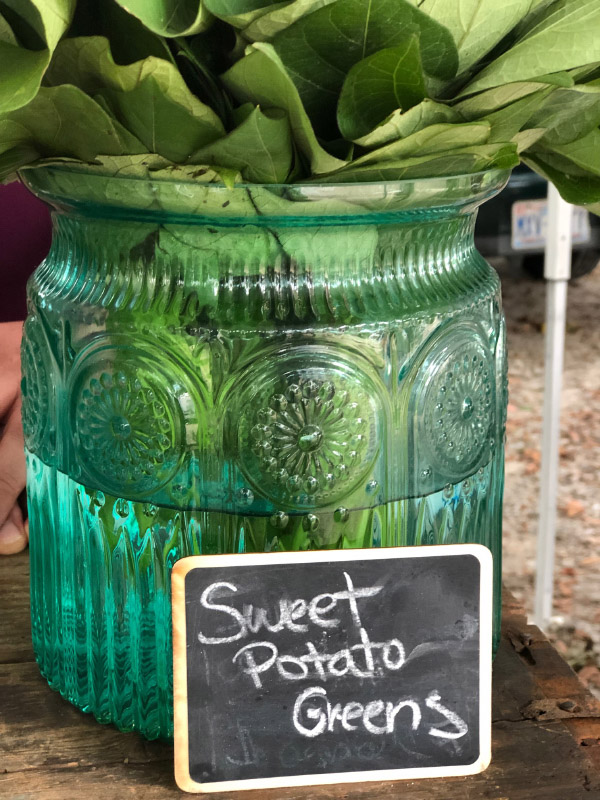 The color contrast of the microgreens really saved the day, because even though the eggplant are a gorgeous purple, once cooked they turn kind of grey. The star of the show was definitely the Thai Basil that packed the broth with more flavor than I expected. This fragrant and light, yet satisfying, lunch was the perfect companion to my lazy Saturday afternoon.

It’s so rewarding to make something really simple and healthy with mostly ingredients from our amazing local producers! 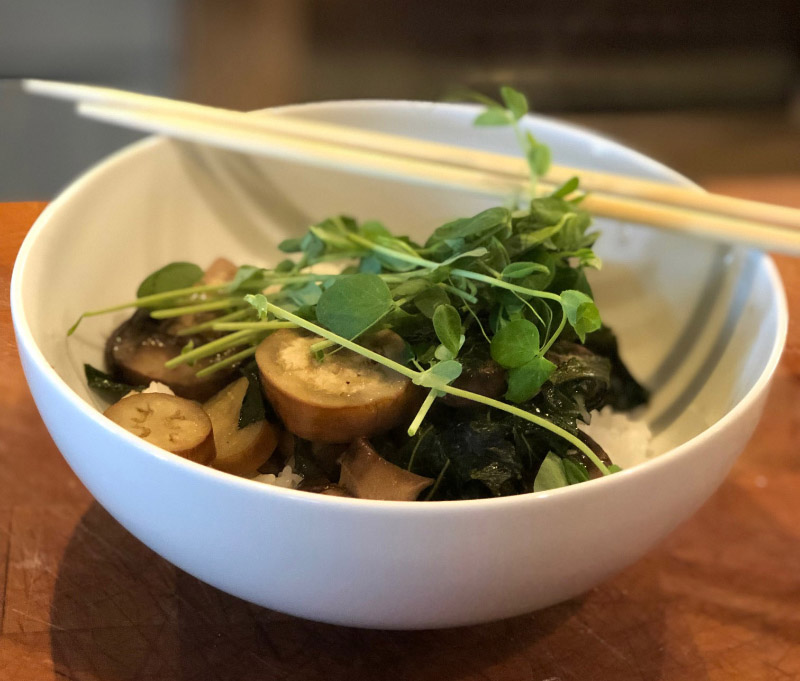 Story and photos by Melodie Alsberg.