Cary, NC — Whether you celebrate Cinco de Mayo with a history lesson on the Battle of Puebla or by drinking your favorite margarita, I’m not here to judge.

Truthfully, I’m not a history buff or a tequila drinker, but I am pretty fascinated with how the United States tends to twist and warp other country’s holidays into a party atmosphere and marketing ploy to create things like green beer in March for St. Patrick’s Day and bottomless tacos every 5th of May.

No — It’s Not Mexico’s Independence Day

For those genuinely curious, Cinco de Mayo is celebrated in parts of Mexico to honor the country’s military victory on May 5, 1862 over the French who were led by Napoleon III in the Battle of Puebla.

Contrary to the thoughts of many, this is not Mexico’s Independence Day. The battle was fought during the Franco-Mexican War, a full 52 years after Mexico had gained its independence from Spain.

Switch It Up With These Authentic Bites

American Cinco de Mayo typically skips over many of the foods that are traditional and culturally significant to Mexico.

So, for those looking to think outside the box of margs and tacos, here are a few authentic but not-too-challenging recipes for your Cinco de Mayo celebrations tomorrow.

According to Smithsonian Magazine, it is believed that the name chalupa dates back to Colonial times when female Spanish settlers would spend their days washing clothes in the Almoloya River. They would carry all the clothing to and from the river in large baskets crafted from wood, called chalupas.

When returning home, the women would quickly fry up corn tortillas in lard, top them with salsa, shredded beef or pork, and chopped onion for their family dinners. To make your own Puebla-inspired Chalupas, follow the recipe below. 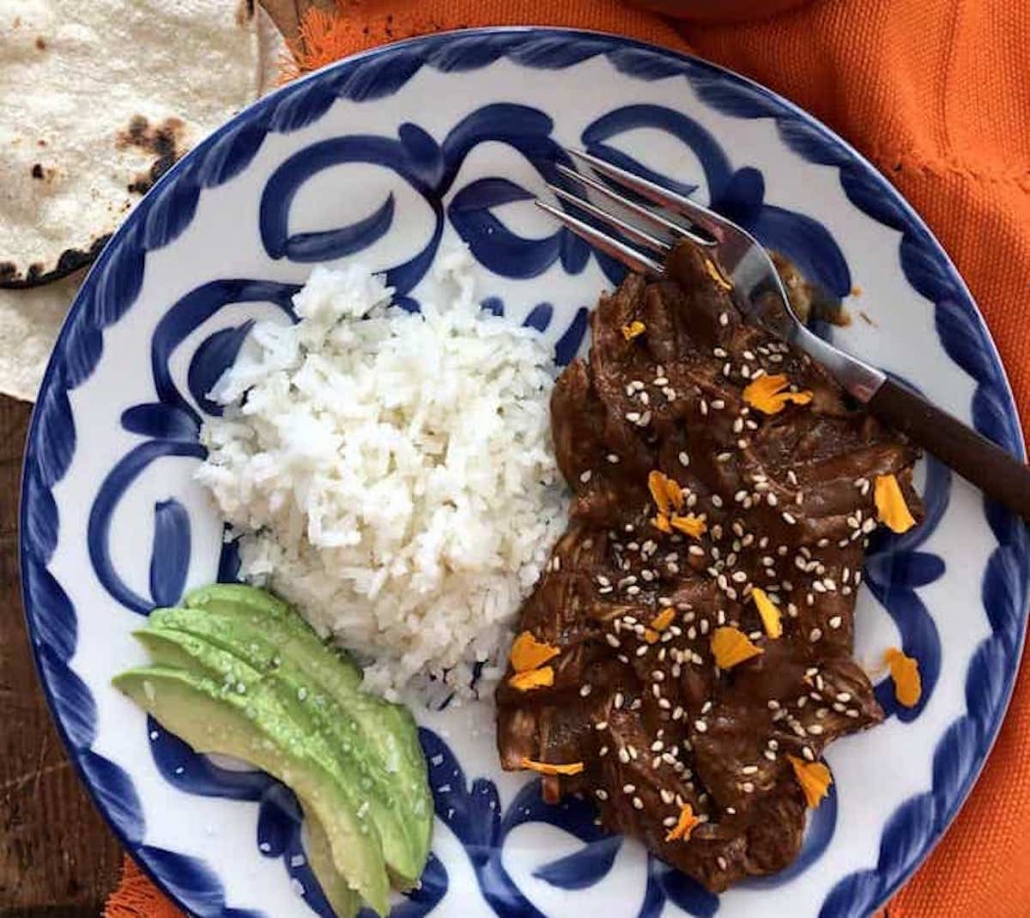 Another Mexican classic is Mole, pronounced with emphasis on the second syllable like the second half of guacamole.

Mole is a sauce made from ground up ingredients and comes in all colors and consistencies, but the thick dark mole poblano might be the most consumed dish in Puebla for Cinco de Mayo.

This recipe feeds 6 and is a slightly different take on the classic can be whipped up quickly and goes great with black beans and yellow rice or even as a filling for enchiladas.

Story by Ashley Kairis. Photos and recipes courtesy of Jeanne Kelley and MexConnect.