Their ticketed Grand Opening is set for this weekend, on Saturday, May 1, 2021.

The New Space on Chatham 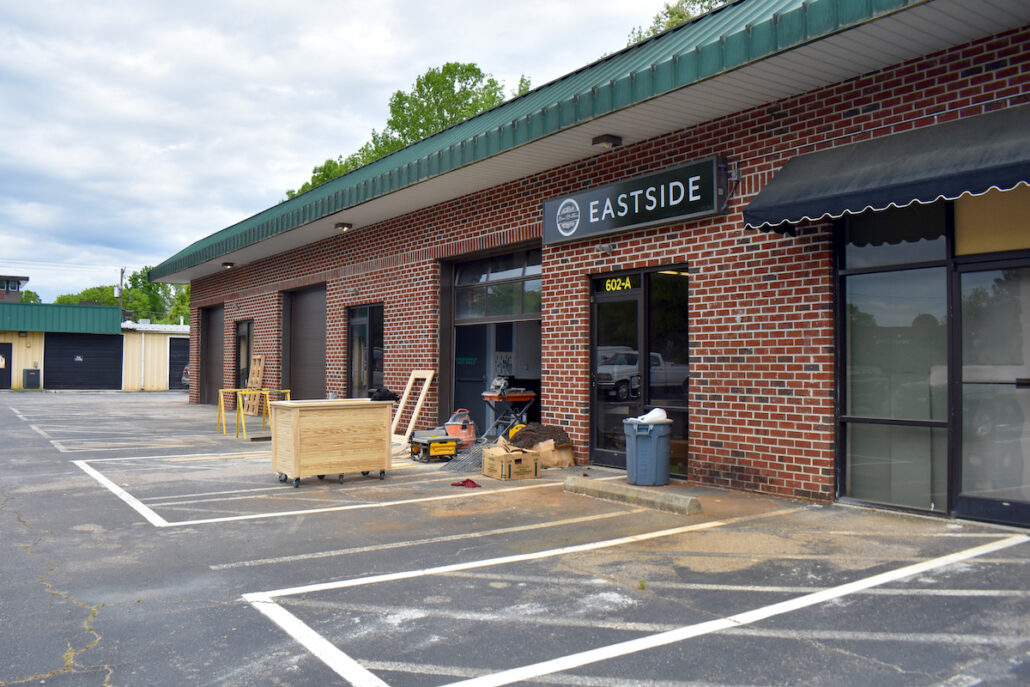 Bond Brothers Eastside is located at 602-A East Chatham Street, directly across from Fire House 2, behind a strip of stores and to the left.

According to the brothers, acquiring this spot was all about expanding their clean barrel program and creating a space designed to share their love of music with the community. 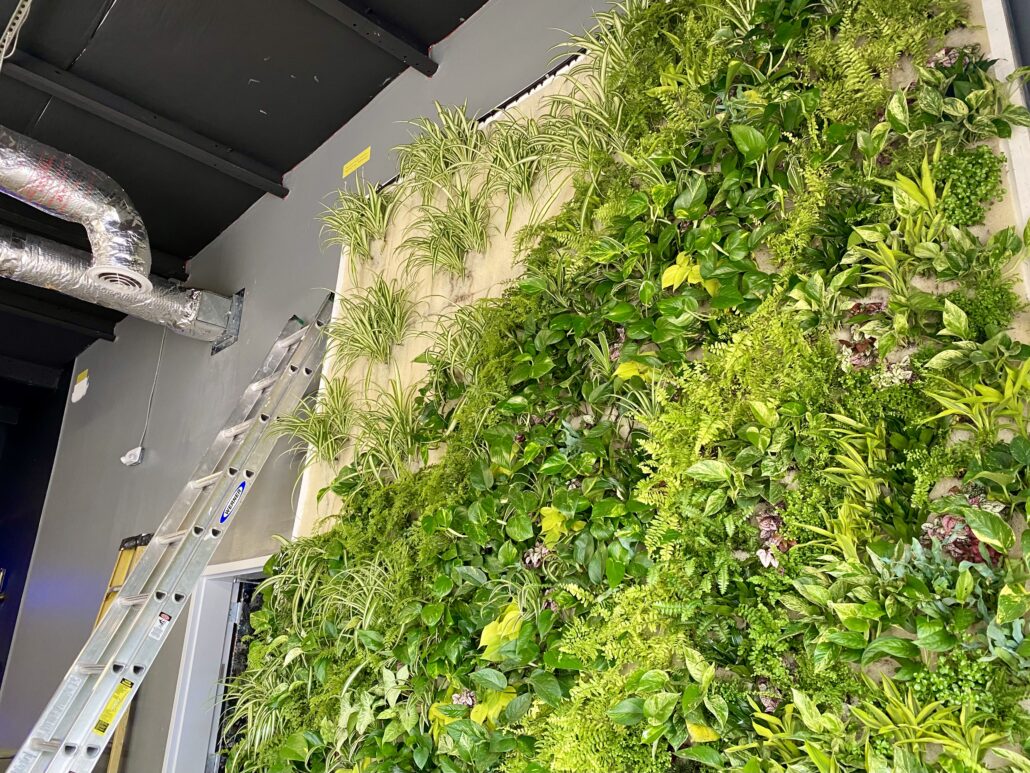 Unique features of the space are an impressive stage setup for regular live music sessions and a “living wall” made out of hundreds of plants in partnership with Garden Supply Company. 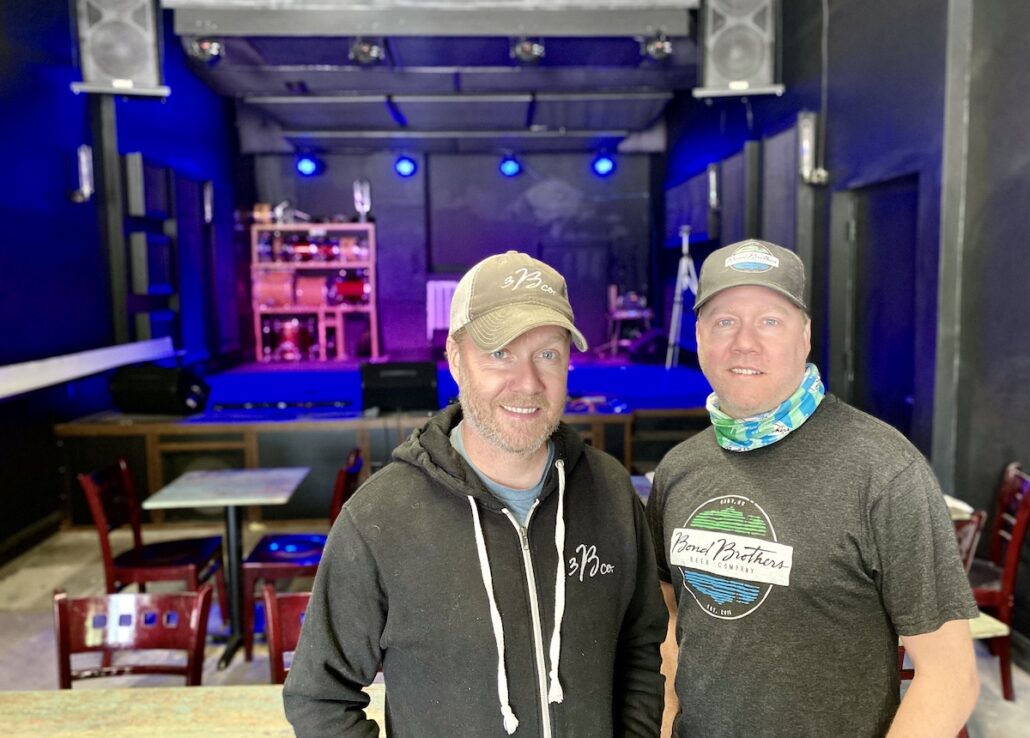 What some may not know about these craft-beer loving brothers is that they both have educational backgrounds in the arts. Jay went to Loyola University of New Orleans to study music and Jeremy got his BFA in Illustration from the Savannah College of Art and Design.

As Jeremy put it, the path to working together in craft beer was an interesting one that started with a common interest in craft beer and doing some at-home brewing with their friend and now Bond Brothers Brewmaster, Whit Baker.

Harmoniously combining their love for arts and music, the brothers put together a plan for their second location to revolve around hosting local musicians and a couple ticketed shows every week. Jay laid out their initial plan of 3-5 nights a week of live music, including:

All of the above themed nights would be hosted by a local musician and be operated in an open mic and bring your own instrument format.

Bond Brothers Eastside will also be a ticketed music venue with local musicians bringing professional sets to the stage on Fridays and Saturdays. These tickets will be available for purchase online through the Bond Brothers website. This location is planned to be closed Mondays. 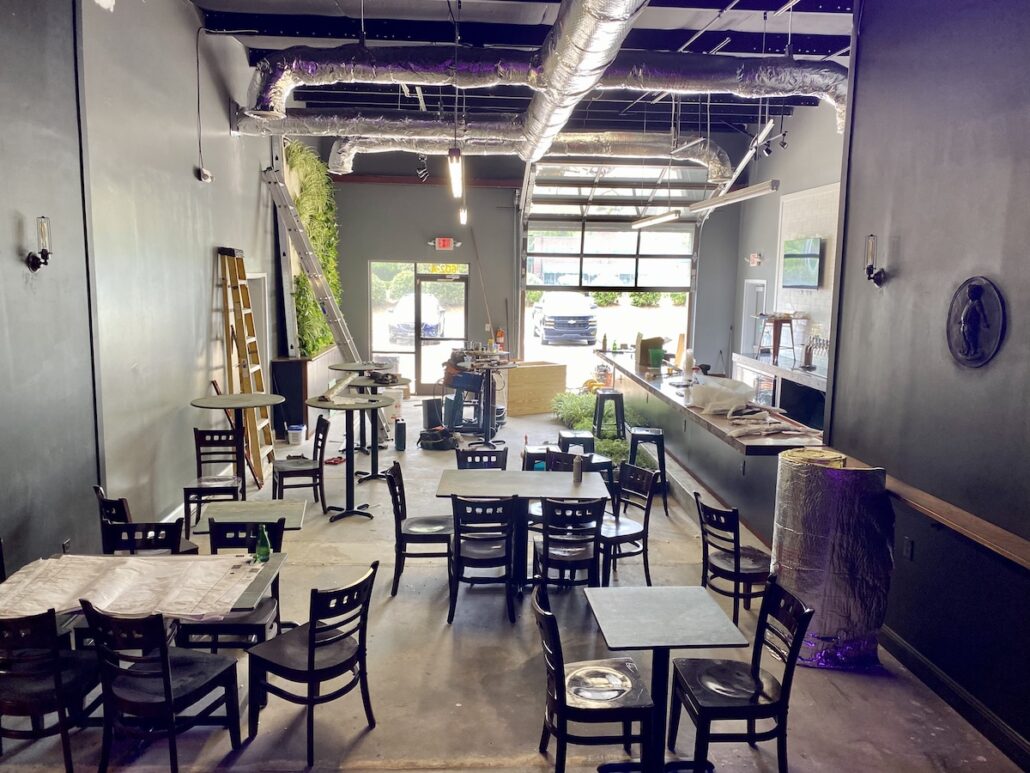 Mainly because of limited space in comparison to their original location, Bond Brothers Eastside will not be allowing dogs and caters to a more adult crowd, serving customers 18 and older. This, as well as the menu, will offer a unique twist for Bond Brothers fans.

“We’ll have some of the main staples on draft, but we’ll also have some other beers that you can’t get at our other location and an expanded wine list,” said Jay.

As far as food, the brothers have partnered with the local Bulkogi Food Truck as their permanent on-site food source. The truck will host a rotating menu, specializing in Korean BBQ.

Grab Tickets for the Grand Opening 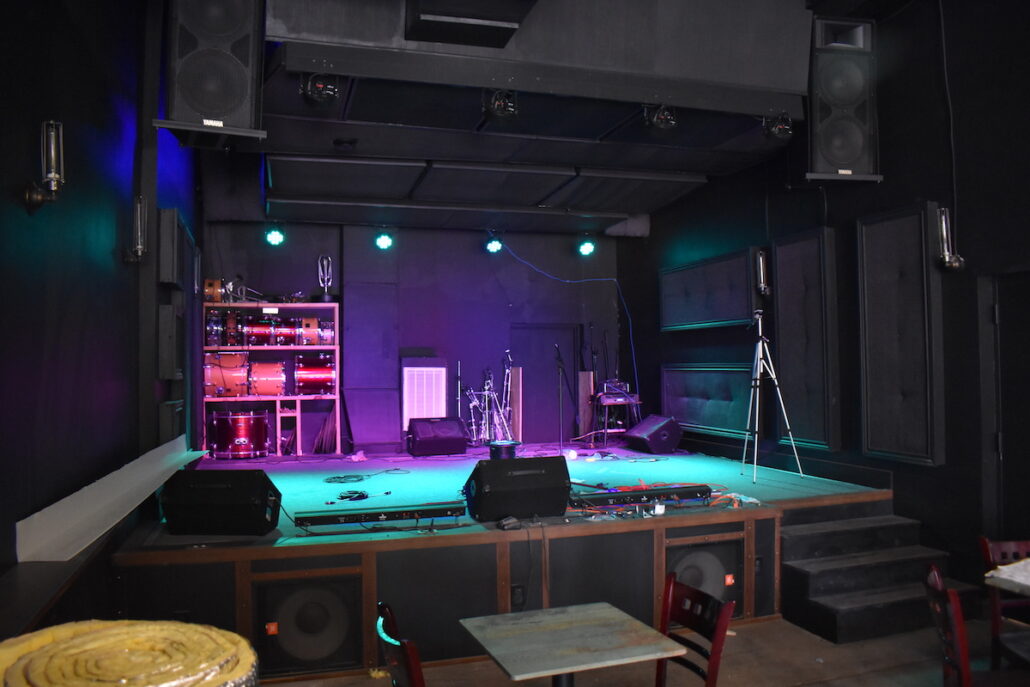 The grand opening of Bond Brothers Eastside is a ticketed event on Saturday, May 1, 2021 featuring a full 8 hours of local music. Each of the 2-hour sessions will have reserved seating and will offer special beer releases as well as raffles for Bond Brothers swag.

Tickets are on sale now with prices starting at $40 for single and outdoor cocktail tables.

Tickets can be purchased online for a single or multiple sessions. Tables will be available in singles, two-tops, and four & six seaters. Once each session is complete, the space will be cleaned before welcoming in the next group.

There will be also be 30′ x 60′ tent outside, offing outdoor seating options. For this, an audio and video stream of band performances will be show live for those seated outside. 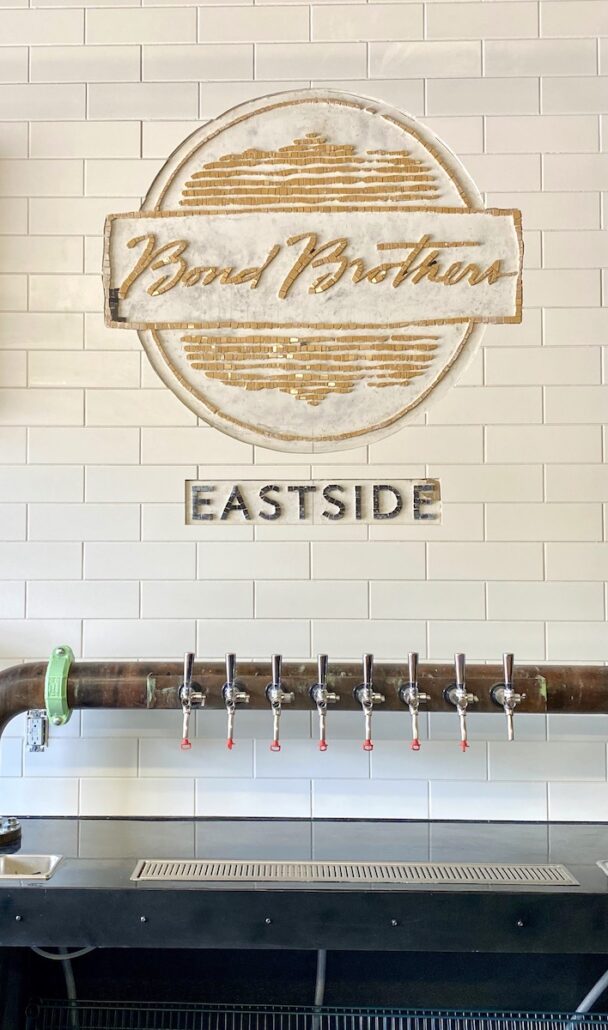 One of the works in progress after the opening date will be progressing to creating an outdoor patio for additional seating. The brothers plan this for the first row of parking directly in front of the building’s left side.

Salvio’s Pizza: Cooking is in Their DNA

Authentic Bites for Your 2021 Cinco de Mayo
Scroll to top