Cary, NC — After spending an hour with the folks who run Salvio’s Pizza I left with two things—the story of a business rooted in family and a whole lot of pasta and New York-style pizza.

Considering the food’s long gone, I suppose the one thing I can share is their story.

Buying Young & Growing with the Business 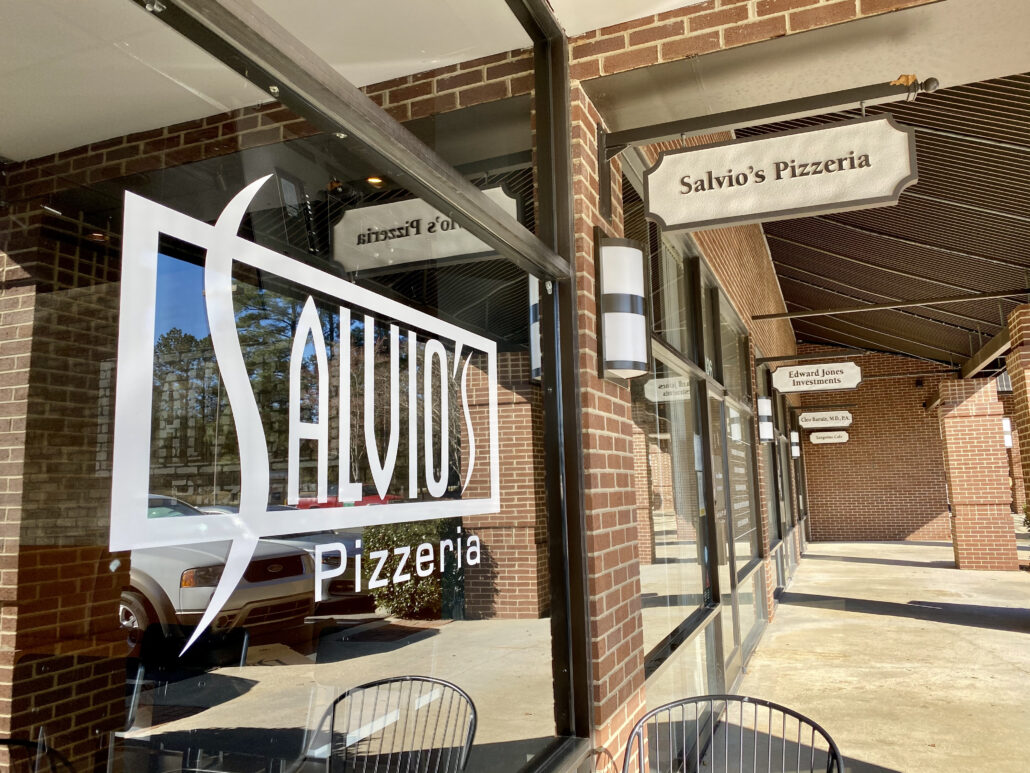 Brothers Tony and Dustin Ambrosecchia worked in a few Chapel Hill pizzerias in their high school years and continued while on breaks from college at Cape Fear Community College.

Salvio’s first opened at its Cary location in Parkway Point Shopping Center on January 26, 2005. It belonged to a man named Kenny who also owned a few gyms in the area. While home on a Christmas break from school, Tony popped into Kenny’s office while working out at his gym.

“I went in to say hey and he asked, ‘Do you wanna buy a pizzeria?’ I thought he was joking. I was a broke college kid with about 20 dollars to my name,” said Tony.

Tony and Dustin came to their Dad with the idea and he helped them at ages 22 and 19 to get a business loan.

16 Years in the Making 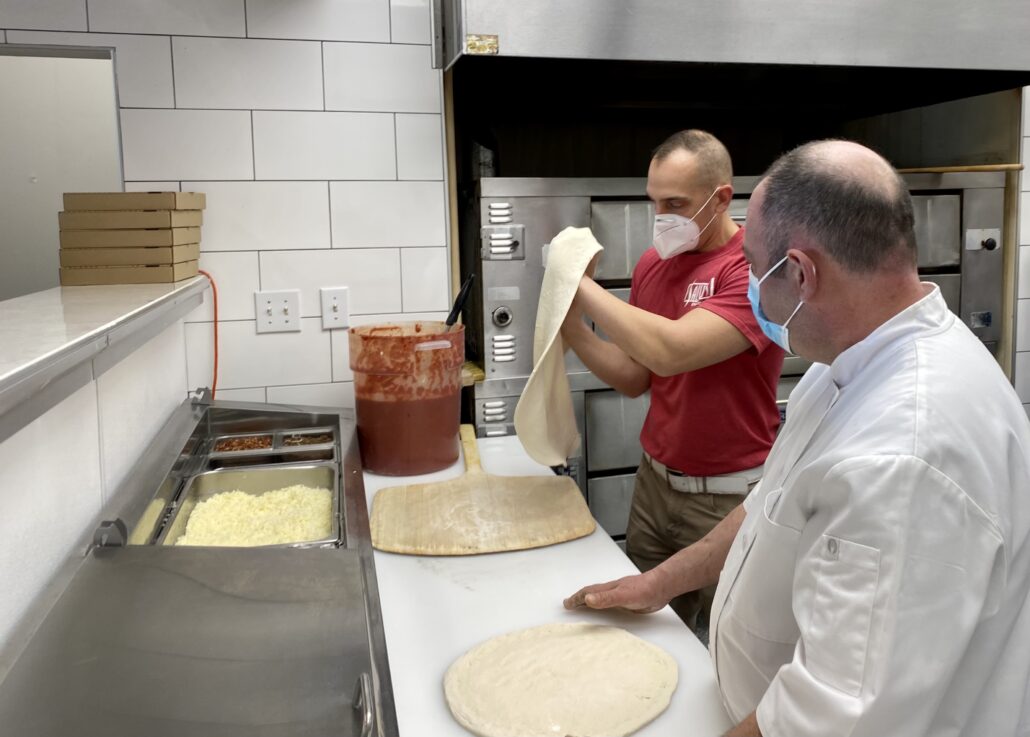 The Ambrosecchia brothers came in knowing the operational side of things and learned the administrative side as they went. They had planned to change the name about 6 months to a year after taking over ownership.

Ironically, what stopped tthem was a March 2006 review from Greg Cox of the News & Observer that named Salvio’s as one of the top pizzas in the Triangle. This was just 3 months into their ownership of the pizzeria and with the name gaining popularity, they decided to leave it as is.

A Wealth of Experience & A Family Feel 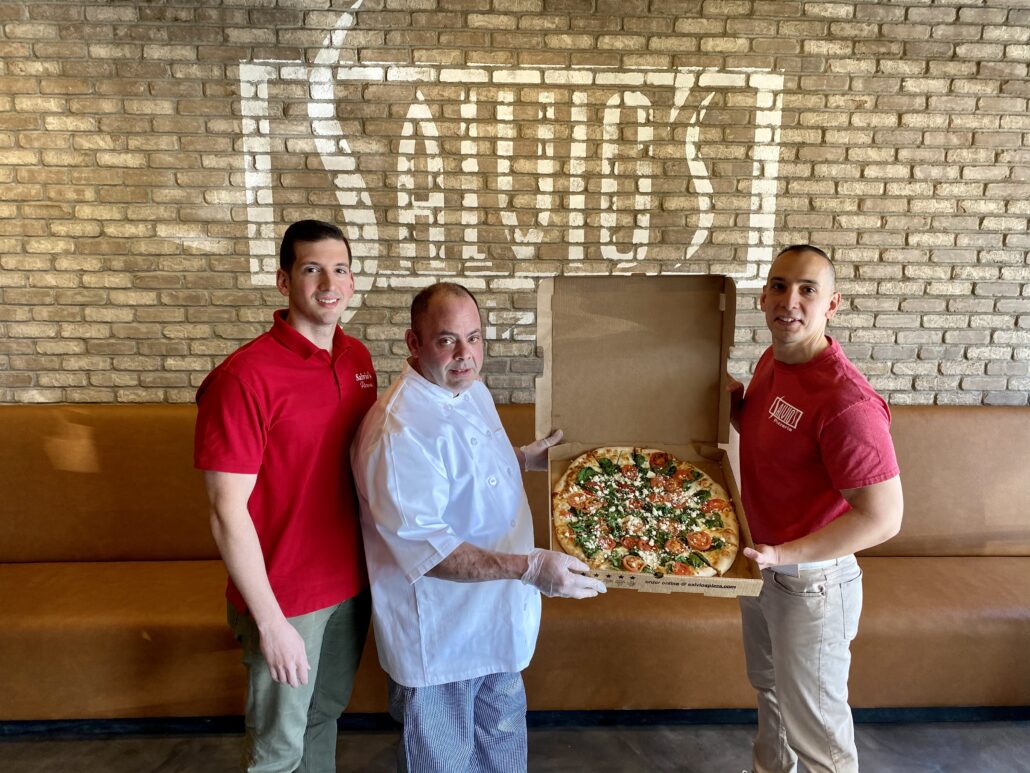 Without a doubt, one of the key contributors to the success of Salvio’s is their head chef of the past 10 years, Carmine Iabino.

Growing up in Naples Italy, Carmine started making pizzas at the age of 14. He went on to graduate culinary school and work in a 4-star hotel before moving to the United States. He’s 50 years old now and says every morning he wakes up feeling energized to go to work.

Carmine told me, “Cooking is in my DNA,” as he tossed pasta in the air with a flick of the pan’s handle. “I’m very proud to be part of the Ambroseccia family and to be part of Salvios, said Carmine.

While not truly related, he says the Ambroseccias have always treated him as such. In return, Carmine says one of his top priorities is to make customers feel comfortable, happy and also like one of the family. 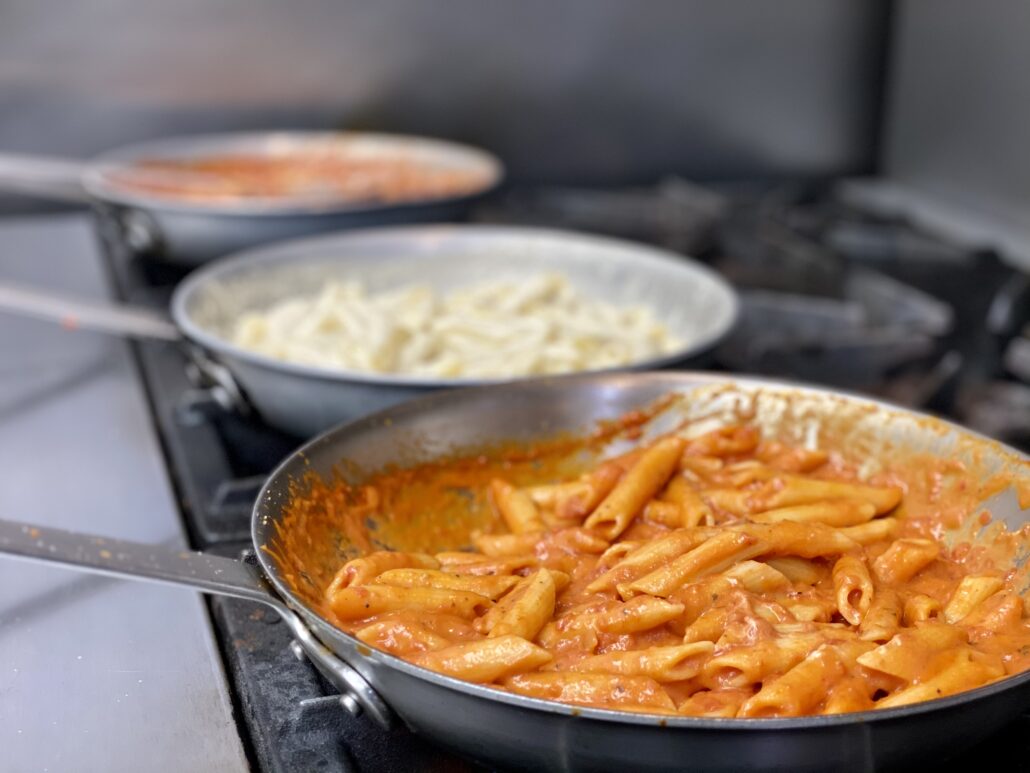 While making adjustments over the years to provide things like online ordering and renovations, one unchanged thing is their pizza recipe.

The dough is made with just 6 ingredients, the sauce is made in-house, pies are baked on a stone, cheese is grated in-house and there are zero preservatives. A popular lunchtime option is their pizza by the slice window where they keep a rotation of 4 of their most popular pies.

According to Dustin, their recipe for success over the years stems from combining top-notch ingredients and large pizzas that provide a good dollar per person value.

“We bring a really high value, we treat our customers well, make it easy to order and we are low on the gimmicks. No exclusive water or anything like that,” said Dustin.

Outside of their thin-crust pizzas, Salvio’s also offers a menu of made-to-order pasta, salads, calzones, strombolis and subs.

Renovating and Serving in a Pandemic 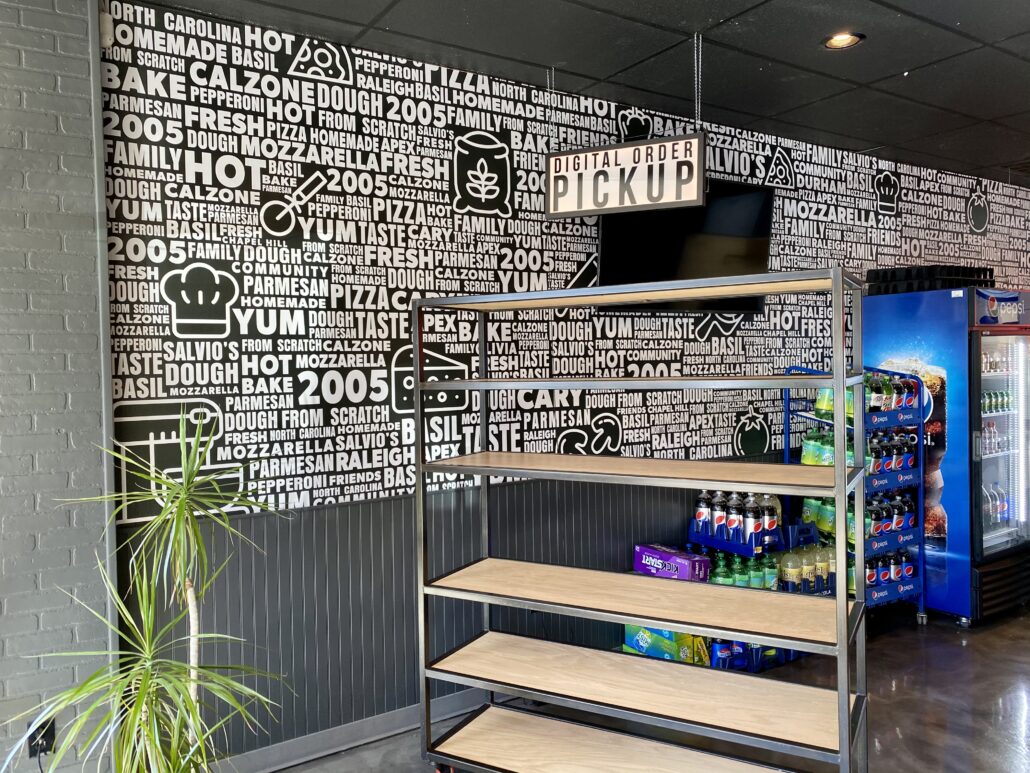 The dining room shut down in March 2020 and has remained closed. While tough to see a dining room remain empty, the shutdown presented an opportunity to renovate and lean into their deliveries, curbside and contactless takeout.

The inside was renovated from flooring and walls to decor in August 2020. It’s now decked out with brick veneer, subway tile and a big pick-up shelf unit at the front of the store. An entire wall has also been covered with a custom collage of keywords like “2005,” for their opening year, and others like “fresh, community, Cary and pizza.”

As they navigated the waters of operating in a pandemic, Tony was deployed to serve in his role as a Military Police Officer in the National Guard for a month and a half.

“I was part of the task force that helped to supply food banks and ensure the safety of those food banks when there was uproar and a shortage of supplies,” said Tony.

While away, Salvio’s remained in operation and implemented strict masking and cleaning measures, and thankfully, they have not had a single employee contract the virus to date.

“We kept on going and continually keep re-investing in the business to make it better for our customers,” said Dustin. “We strive to make it the nicest, cleanest, friendliest place.

Returning to a “New Normal” at Salvio’s 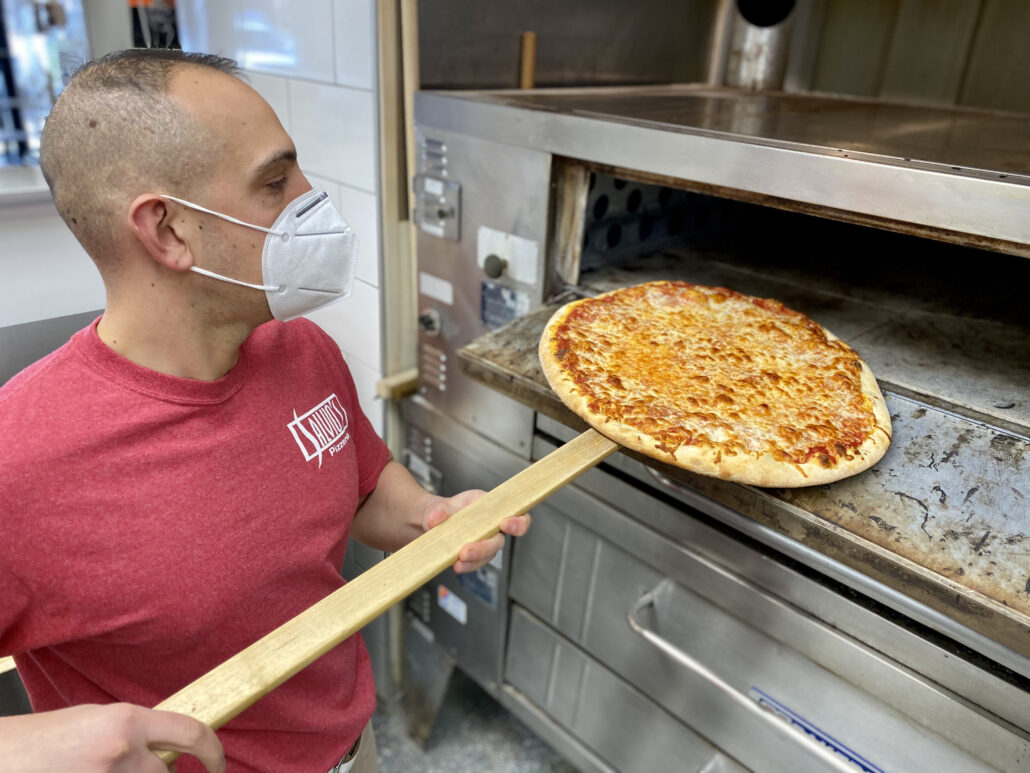 When asked what a return to having customers in the dining room would be like, the answer was understandably unknown.

While it’s exciting to imagine customers enjoying a dine-in experience again, Dustin said one of the big things he’s taken away from this time is that pizza was one of the lucky winners that stayed in demand.

They found that contactless delivery, curbside pickups and online ordering are what people want and were trends even before the pandemic.

“I don’t know how long people’s psychology is going to be like that,” said Dustin. “But for us, it’s been working really well.

Whatever the next chapter brings for Salvio’s Pizzeria, it’s clear that experience, family and safety of customers will be their driving forces.

Pizzapalooza: One Man’s Quest for the Perfect Slice