Cary, NC – As Downtown Cary has grown these past several years, Downtown Cary Food and Flea has grown right along side it. This month’s market marks five years it has been open and selling local goods downtown. 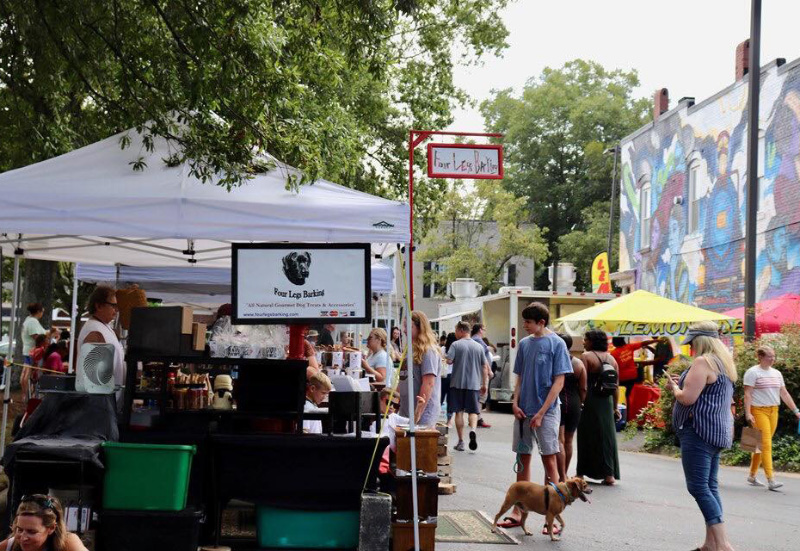 “Originally, we had five vendors and we were in the rain and the dirt in front of the Ivey-Ellington House,” Huffman said.

Huffman now runs Downtown Cary Food and Flea with Jessica McCarthy, the owner of The Humble Pig and one of the market’s original three founders. After that first market, Huffman said they ramped up finding vendors from around the Triangle and within the first year, Ralph Ashworth asked them to move the market to the Ashworth Village parking lot.

“That made a big difference. Setting up in the dirt, sometimes wet dirt, was a problem so having a parking lot helped,” Huffman said.

Now, Downtown Cary Food and Flea has expanded to the parking lot at Fidelity Plaza, coming up on two years in that location. The market now features two local musicians playing live, a food truck and have had 140 vendors.

“Now, we’re so big that we’re turning vendors away,” Huffman said. “We’ve reached the place we tried to get to from the start.”

Huffman also said Food and Flea has been helpful for vendors without brick and mortar stores.

“Vendors like how it’s organized and fun,” Huffman said. “Plus, we have support from the people downtown and the businesses here.” 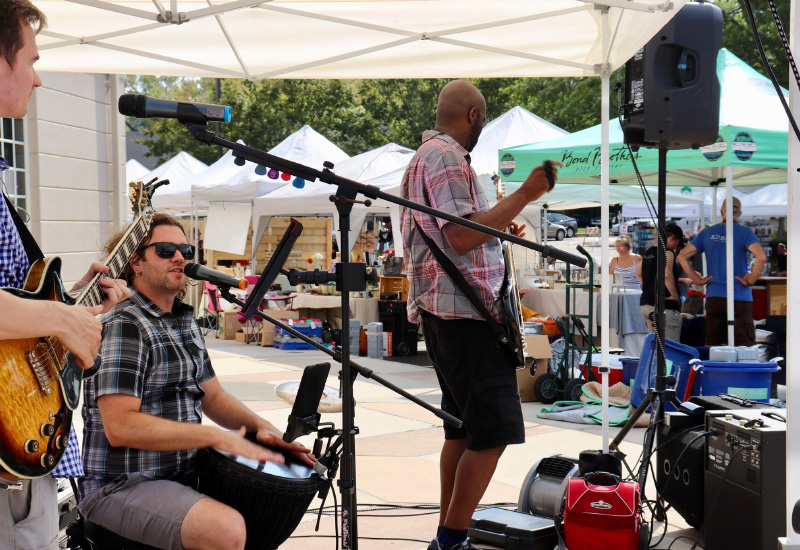 The reason Downtown Cary Food and Flea started back in 2014 was to bring more people downtown, encouraged by then-downtown development manager Ted Boyd. Now, Downtown Cary has seen significant growth and redevelopment, which continues to this day.

“We started before anything was here,” Huffman said. “The growth of businesses here have helped us grow too, and they’ve been supportive.”

To commemorate the market’s fifth year, Once In A Blue Moon Bakery is donating a sheet cake and visitors can get a slice. But for the most part, Huffman said they are not making any big festivities to mark the anniversary.

“We just want to let people know we’ve been here for five years now and we want to thank them for their support,” she said.

Huffman also said there are plans for the market to evolve in the future, including adding a second food truck and creating more signature events, such as the Triangle Chili Challenge and their holiday-themed markets.

Downtown Cary Food and Flea is this Sunday, October 13, 2019 from noon to 4 PM at Fidelity Plaza. 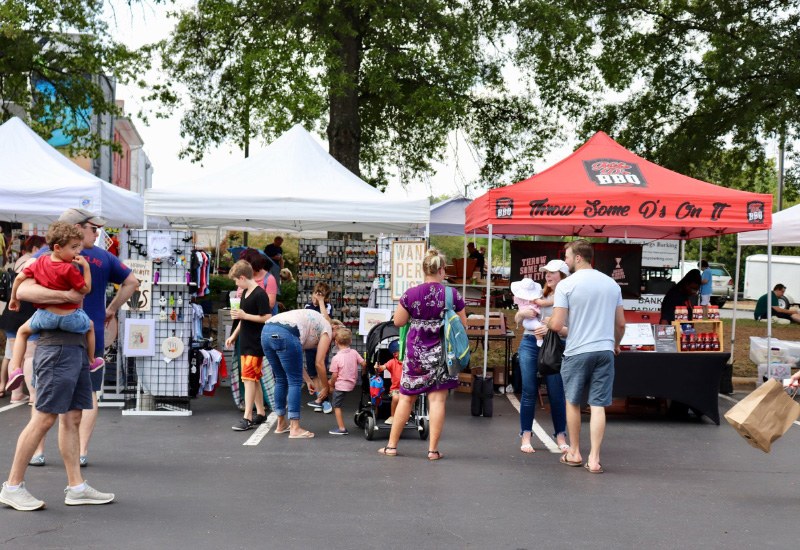 What I Made from the Downtown Cary Farmers Market