Cary, NC — This year for my birthday in August, I bought myself a grill for my back patio and I’ve been busy ever since.

Through the fall I added to my grilling resume, going beyond burgers and hot dogs to grilled corn in the husk, grilled veggies and eventually dabbled in using cedar planks with my favorite protein — salmon.

Each plank holds two, six-ounce filets comfortably and the fish never gets flipped. Instead, by leaving the lid closed, the salmon cooks from all sides with the smoke surrounding it. Here’s all you’ll need to give it a try for yourself. 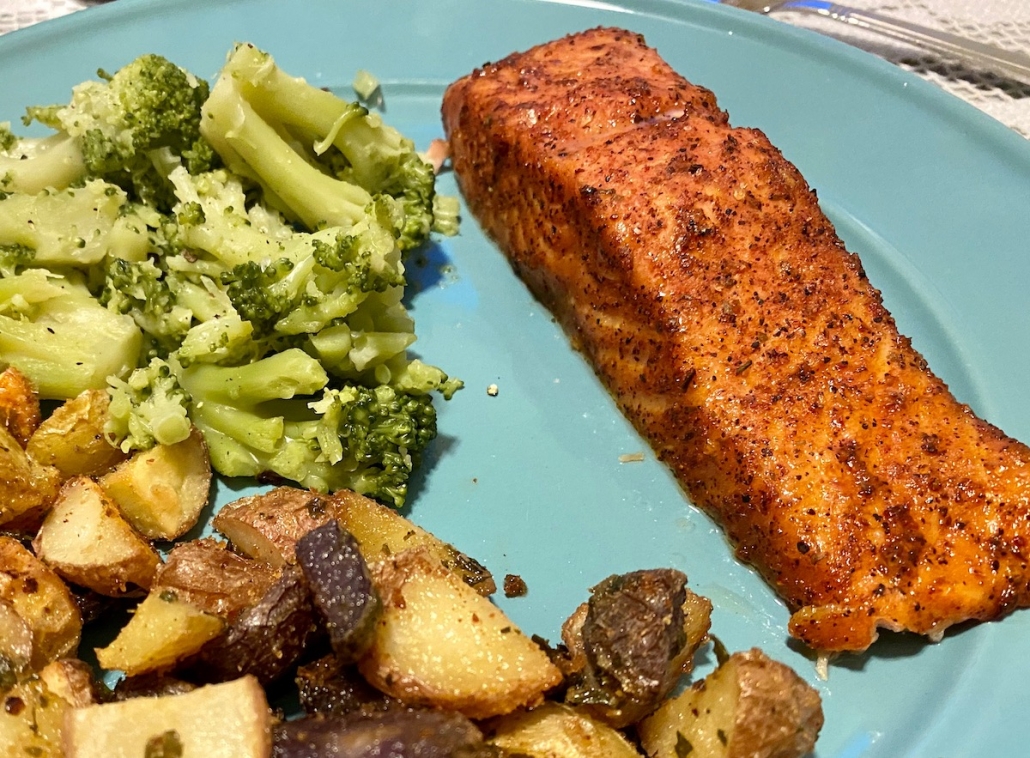 The only trick to working with cedar planks is making sure to soak them for the recommended time which is usually 30 minutes to an hour. This is to keep the planks of wood from burning and in turn, burning the awesome salmon. We can’t have that!

Other seasonings and marinades range from tangy lemon pepper to herbs and butter or soy sauce and orange juice. So pick your flavor and go for it! 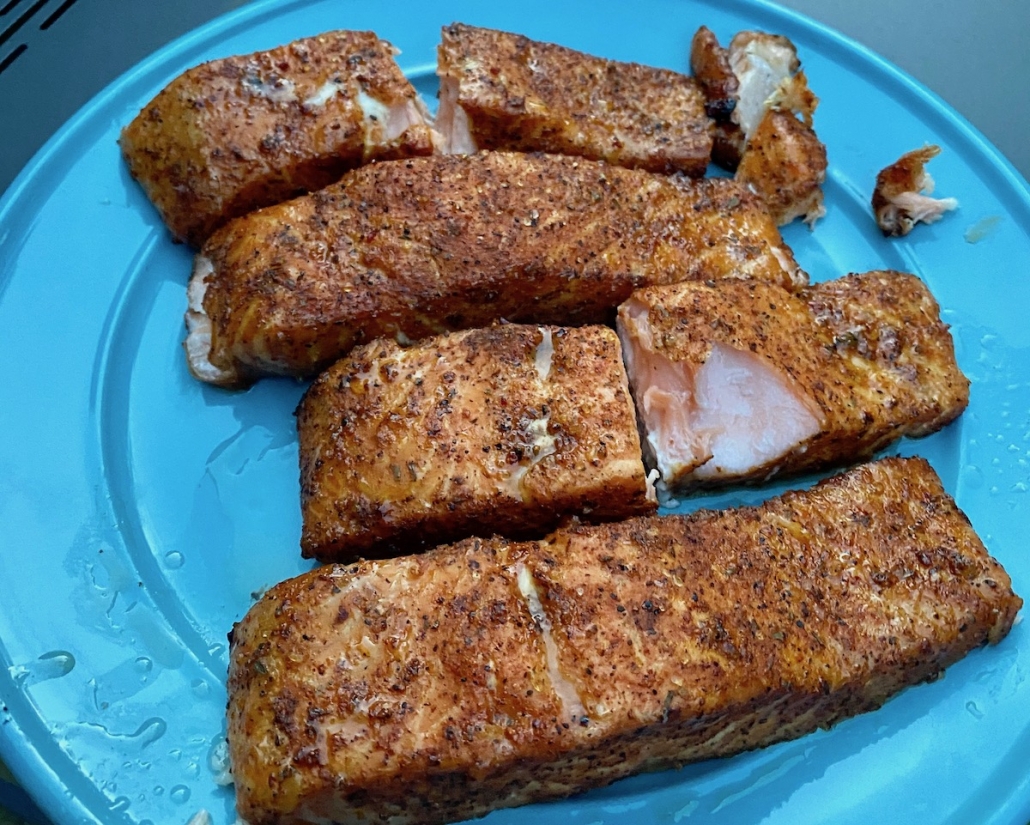 What have been your favorite foods to grill out this year? Let us know in the comments!

Recipe and photos by Ashley Kairis.