Morrisville, NC — I was treated to an inside tour of Morrisville’s Neomonde Deli & Bakery and the 20,000 square foot factory that’s attached to it.

You’ve probably already heard of Neomonde, a Mediterranean restaurant and bakery that’s been a part of the Triangle since 1977. Perhaps you’ve picked up a bag of Neomonde pita bread at Whole Foods or enjoyed Neomonde catering services at work. Maybe you’re even a regular customer at the Morrisville location on Chapel Hill Road at lunchtime.

How much do you know about Neomonde, though? I learned a lot when I took a tour of the Morrisville deli, market and 20,000 square foot factory and bakery with Chris Saleh, whose father started the business in Raleigh almost 40 years ago.

The story of Neomonde is a family story, and Chris told me all about it.

Chris’s dad, grandmother and uncle started the original Neomonde in Raleigh in 1977. When the business first began, it was known for its market and for the breads made in the bakery, which were sold to both local customers and big accounts like Winn Dixie. 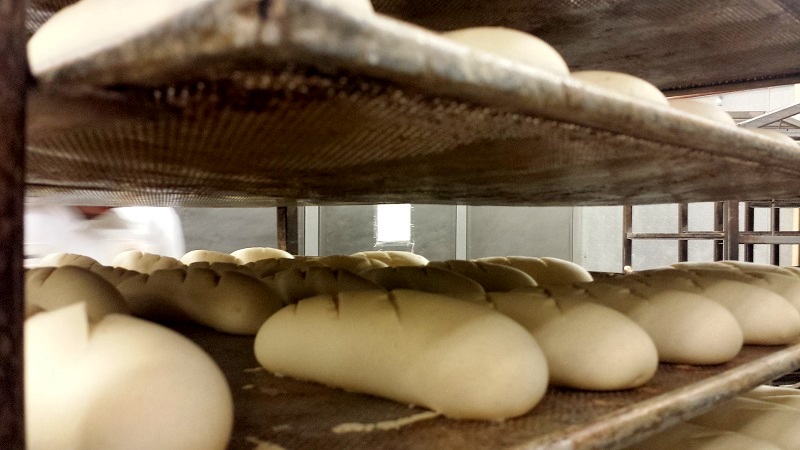 Then, in 1989, the Saleh family opened their first Mediterranean deli/restaurant alongside the Raleigh bakery, and customers loved it.

Everything on the menu was made with fresh ingredients right in the store, and most of the recipes were Chris’s grandmother’s. To this day, Neomonde still serves that same made-from-scratch Lebanese cuisine from old family recipes.

Neomonde has always been a family business, and it still is. Chris remembers hanging out at the original Neomonde when he was a kid, and he brings his two year-old daughter there now. “I grew up in the business – we all did as kids,” Chris, who now runs both locations, told me. In fact, from sales and marketing to production operations and working in the kitchen, most of Chris’s family is still involved in Neomonde’s daily operations.

Chris gave me a tour of the 20,000 square foot bakery that’s attached to the Morrisville deli, and I got to watch the production line as a combination of equipment and workers cut, kneaded, mixed, shaped and baked warm breads and goods.

This factory is a huge part of Neomonde’s business – in fact, more items “go out the back door” each day to be distributed to big accounts than those that are sold in the deli.

Breads from the bakery are distributed to the military and to major grocery stores like Whole Foods. Even many local restaurants serve foods like gourmet burgers on delicious Neomonde brioche buns. Neomonde will even work with chefs to customize bakery items for them to use in their restaurants.

One of my favorite things was the white garlic sauce that was served with the kabobs – Chris explained to me that it’s just garlic, olive oil, lemon and salt that’s whipped up until it’s fluffy. You can check out the full menu online.

After lunch, Chris gave me a tour of the front of the store – the part customers see.

The Morrisville Neomonde deli alone makes 500 pounds of plain hummus a day along with 300 pounds of their famous jalapeno cilantro hummus.

The chic peas are soaked the night before and cooked in the boiler the next day. 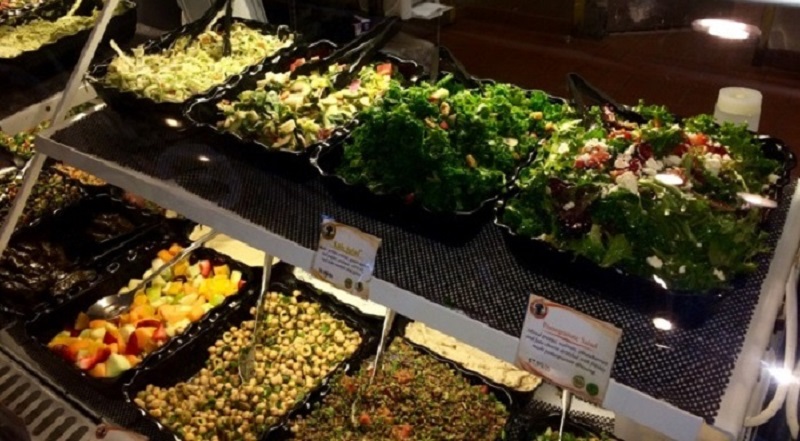 Neomonde is open for lunch and dinner, but the fast-serve, quick deli line is extremely popular with the lunch crowd. “On average, between both locations, we see anywhere from 1,200-1,500 customers a day – 2,000 on busier days,” said Chris.

Inside the deli, the Neomonde market is stocked with Middle Eastern grocery items you can’t find just anywhere. “We want to stock the things that you can’t find in a grocery store,” Chris said. “We also know where everything comes from.” 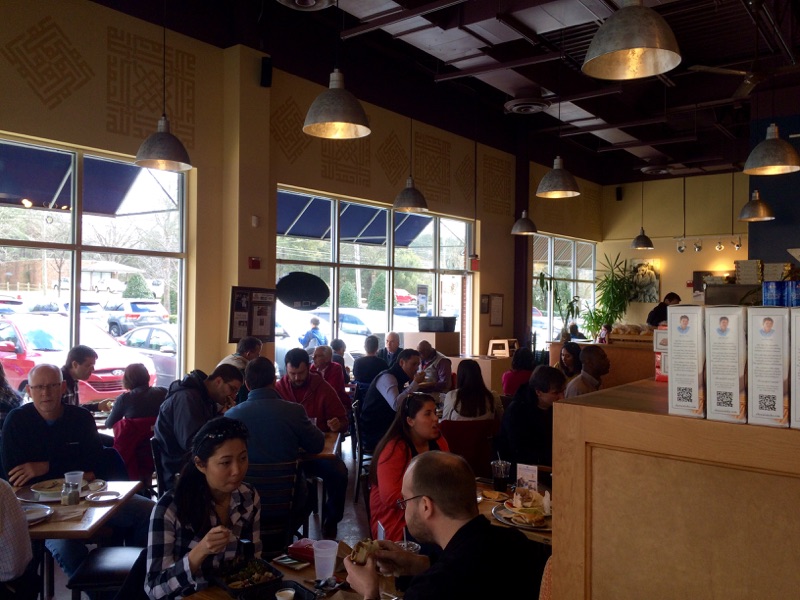 Chris handed me a bottle of his favorite olive oil that is made by a small company from the olives grown in an orchard in Lebanon. His family has visited this orchard, which is filled with miles and miles of olive trees, many times. 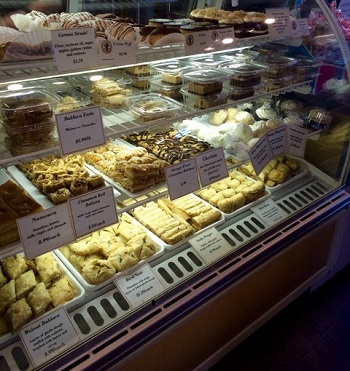 You can also find spices, cheeses, specialty drinks and dessert mixes, grains, lentils and bottles of cooking bases like pomegranate molasses and rosewater. Neomonde uses these same ingredients in their deli to make salad dressings, meat tenderizers and desserts.

Chris even sent me home with some cooking ingredients to try on my own. “The only way we’ve ever made it is by being a neighbor and by being a friend,” he summarized when I told him how gracious he was for his tour and hospitality.

“You can’t be in this business without being friendly and inviting.”

I visited the Morrisville Neomonde, which is a minute from Cary at 10235 Chapel Hill Road. You can also visit the original Raleigh location, which has an even larger grocery market, at 3817 Beryl Road. Both locations are open from 10 am – 9 pm everyday.

You can find out more by visiting the Neomonde website.