Cary, NC – Saladworks has dozens of restaurants throughout the United States and internationally. The salad-based store is opening restaurants in Cary and the Triangle as it expands and modernizes.

Saladworks CEO Patrick Sugrue said they are planning between 15 and 20 new restaurants in the Triangle, with a particular focus on Cary.

“We looked for a market with healthy eaters,” Sugrue said. “Our customer is a healthy, active person who wants food for both fuel and for enjoyment.”

Cary stands out in the Triangle, Sugrue said, because it has what he called a “great food scene.” Other factors are its population size and there are customers who have that balance of tastes he said the company looks for.

“The people here want to indulge and they want to watch their health,” Sugrue said.

Saladworks is opening its first Triangle store in Raleigh later this year and Sugrue said the first Cary stores would be open in 2020 and they are looking for additional franchisees.

“When we do well, we have a great operator who is not just a good business owner but someone who is a member of the community,” Sugrue said.

Saladworks started in the 1980s. With many similar salad and health food restaurants across the country now, Sugrue said they started this “center of the plate salad concept before it was cool.”

Sugrue attributed the company’s expansion both across the United States and across the world, to the quality and freshness of their ingredients as well as their modernization.

“85 percent of our stores are now remodeled, with a look and feel that’s current,” he said. “Our stores have WiFi and there are outlets at every table so you can enjoy the Saladworks experience while refreshing and recharging.”

Many of the Saladworks stores have a smaller building plan that includes more outdoor seating, which Sugrue said not only gives their stores a more modern look but lowers the rent costs for local owners.

The company has recently introduced an online ordering component, with both pick-up and delivery.

“We’ve seen a sea change in the past three-to-four years of how consumers expect to get their food,” he said. 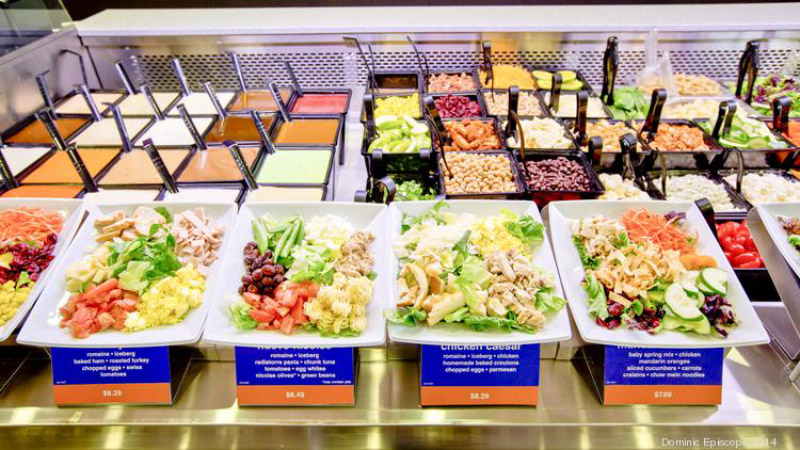