Cary, NC – Pizza has become as common an American meal as a burger but often customers do not get to pick all the components of their dish. But with Your Pie opening its first North Carolina location in Cary, diners can get a customizable pizza experience.

Control Over Your Pizza

Your Pie started in Athens, Georgia but has spread across the South and beyond, going as far as Iowa and California. But with two locations opening in Charlotte and Cary, it will finally enter North Carolina in the coming months.

Local owner Jack Fladeland said the interest in opening a store in Cary stems from good word-of-mouth about the town.

“It’s growing and it’s a great spot to be,” Fladeland said. “I’ve got a six-month-old and we want to raise her in a good town.”

Fladeland compared the structure of going to Your Pie to restaurants such as Chipotle, with a customizable selection for customers.

“We hand-toss all our dough – white, wheat and gluten-free – and work you down the line. You pick dough, sauce, cheese, toppings, vegetables, everything,” Fladeland said. “Then we put it in our brick oven. From start to finish, from when you walk in to when you sit down, you’re in control.”

Fladeland is from Mebane, where his family owns a number of Subway franchise locations and now Fladeland said he wants to open and run his first restaurant with Your Pie.

“I looked at a lot of places and this one kept standing out,” Fladeland said. “And it’s exciting. It won’t be my family running this place with me helping. It’s mine.” 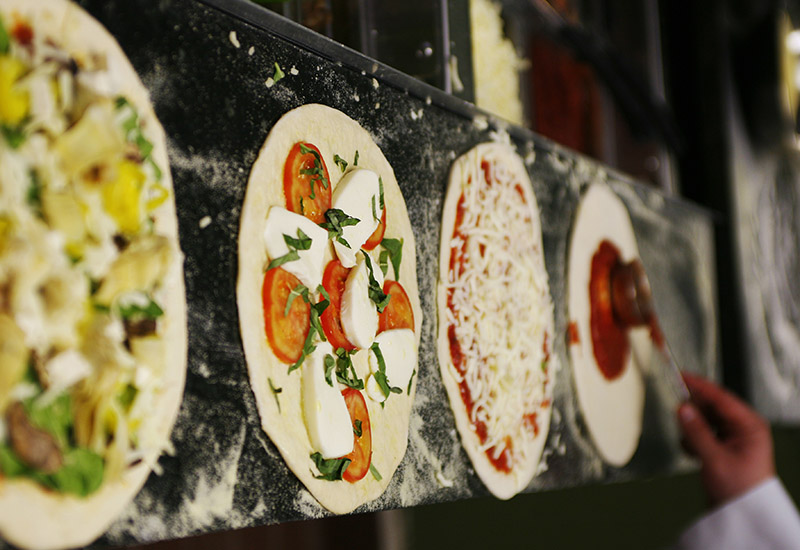 One of the other elements of Your Pie that attracted Fladeland aside from its customization format is its focus on local beer. Being from Athens, there is a close connection with microbreweries and Fladeland said he wants to keep that going here.

“I want to help people discover new beers from around the state and how best to partner those with specific pizzas,” he said. “And we’re new too so it’s a way to help the little guys.”

While Fladeland said he wants to bring North Carolina and Cary beer into his store, he said there are other ways to connect, talking about one of his experiences training in Athens.

“We did a charity event at a brewery and brought out a mobile oven so we were serving hot pizzas while people were getting beers there,” he said. “Something like that would be a great end goal.”

And speaking of charities, Fladeland said he and his family had good connections with charities in Mebane and wants to keep that going here. For Your Pie’s soft opening a few days before the official opening, he came up with a way to help local organizations or schools.

“We would not charge anything for the food but whatever you pay goes to a particular cause,” he said. “And I want to start pairing up with these kinds of groups once we’re more established.”

Your Pie is located at 685 Cary Towne Blvd. 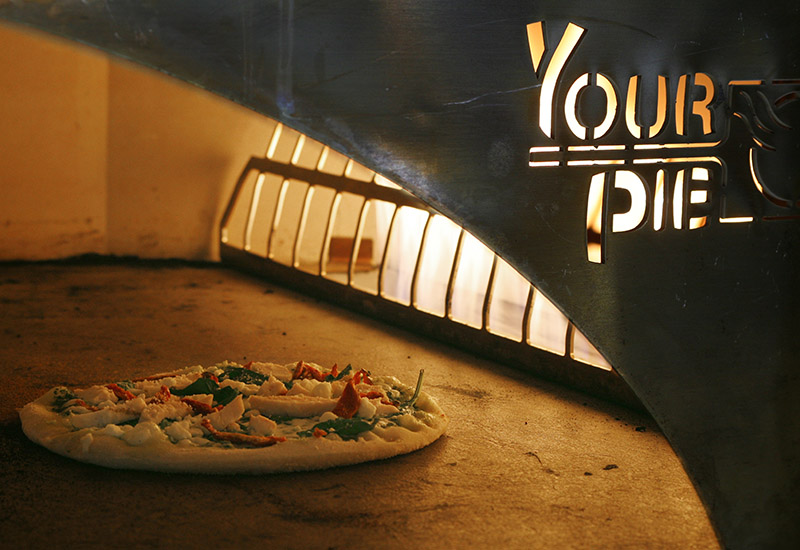 Story by Michael Papich. Photos courtesy of Your Pie.