Cary, NC — My family and I love pickles. Maybe it’s my husband’s Eastern European background or my Danish-German heritage, but there is something about a sour, garlicky snappy pickle that I just love.We go through jars of them for snacking and on burgers and sandwiches. And we don’t like the pickles you find here in the supermarkets. Those Mt. Olive pickles famous in the south just are awful- sorry folks, but they are.

The last few weeks at the Cary Downtown Farmers Market a vendor has been selling the cutest cucumbers — maybe they are called Kirby Cukes? Whatever the name, they are about half the length of a typical cuke that you find in the stores, and oh-my-goodness they taste so fresh and crisp.

My thoughts went straight to making pickles, which I honestly had never tried before. But hey, how hard can it be? The answer turned out to be: surprisingly easy. 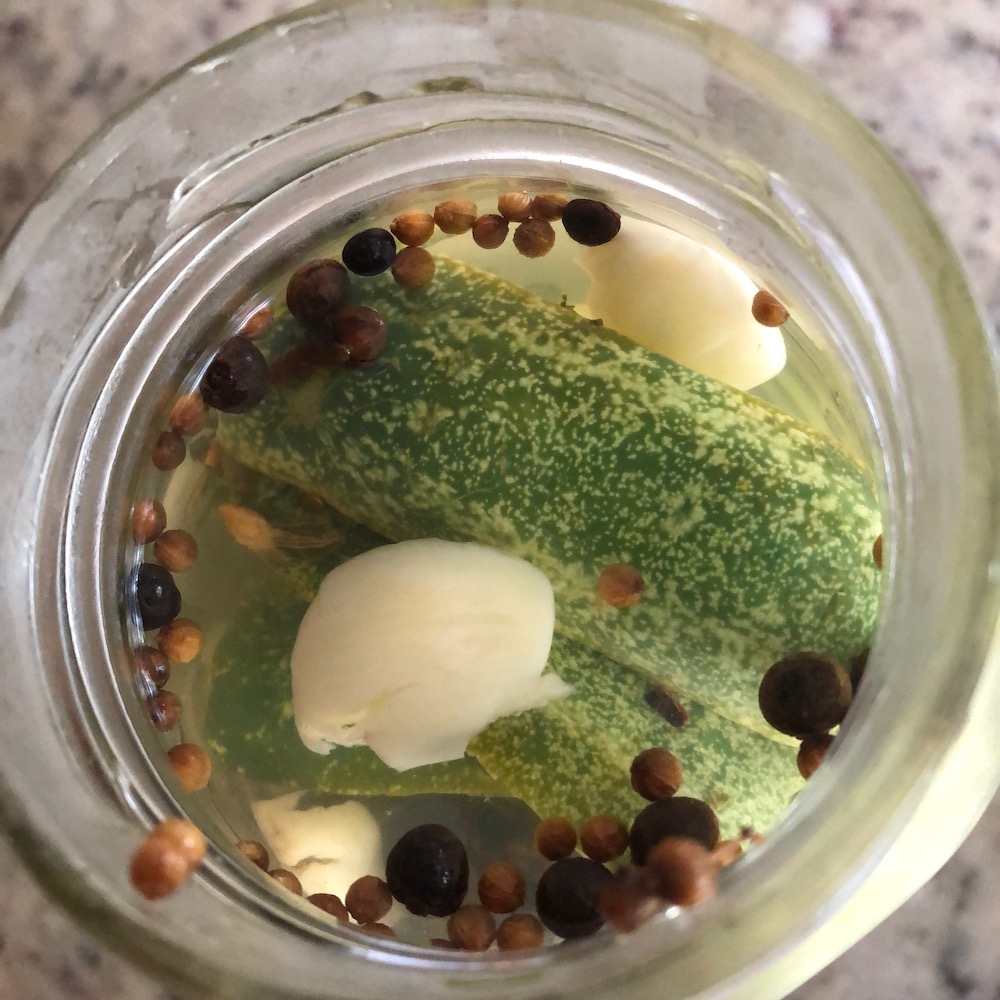 A view inside the jar including some pickling spices I added to the recipe.

The Ingredients Are Simple

A pound of said cucumbers, some kosher salt, white vinegar and water, cloves of garlic and sprigs of dill. That’s it — and you need some clean jars to marinate them in. 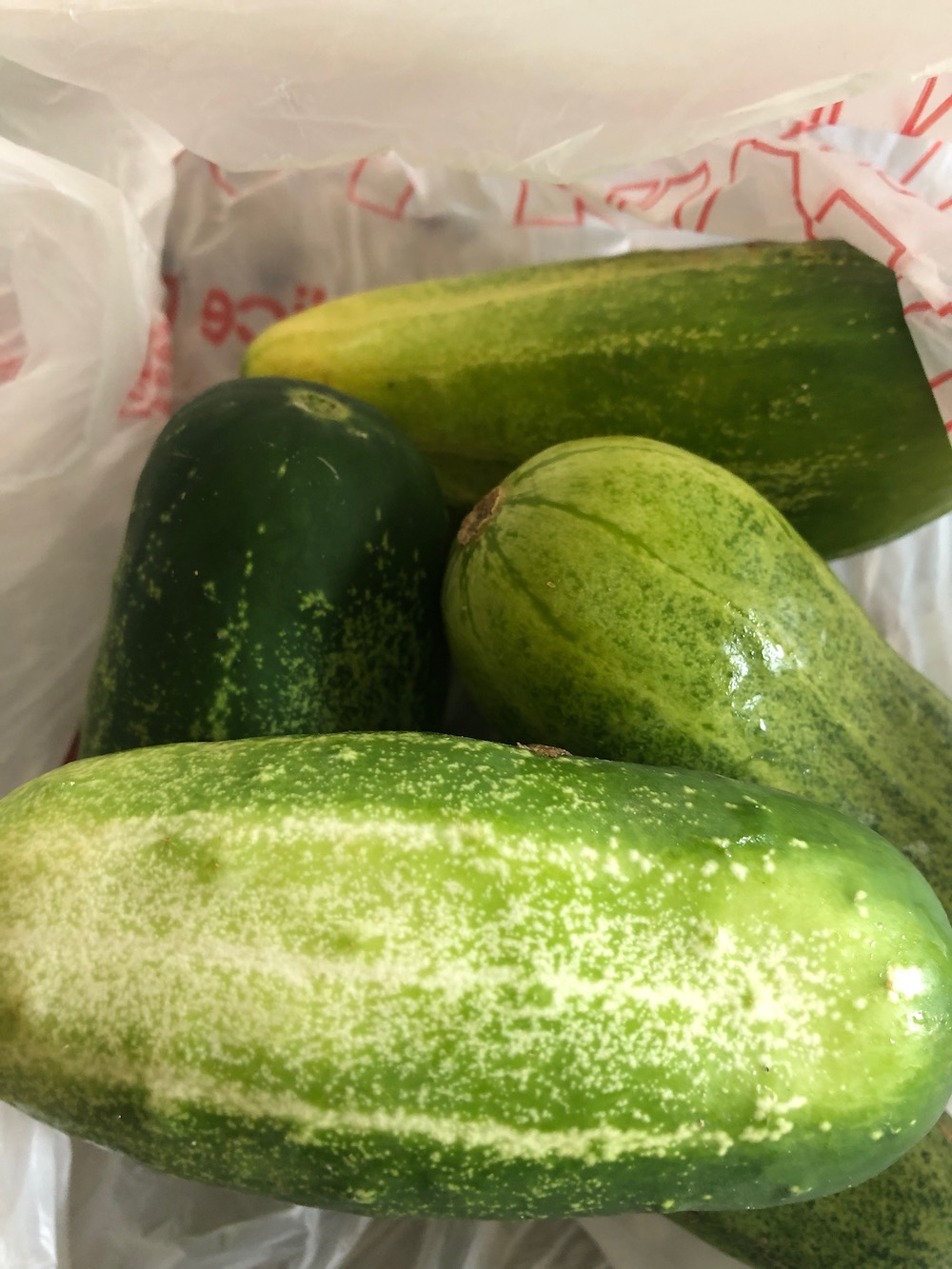 The Cucumbers that I used were purchased at our local Cary Downtown Farmers Market.

These were so easy that I am going to make another batch this weekend because the three of us here have almost gobbled up the ones I made yesterday. 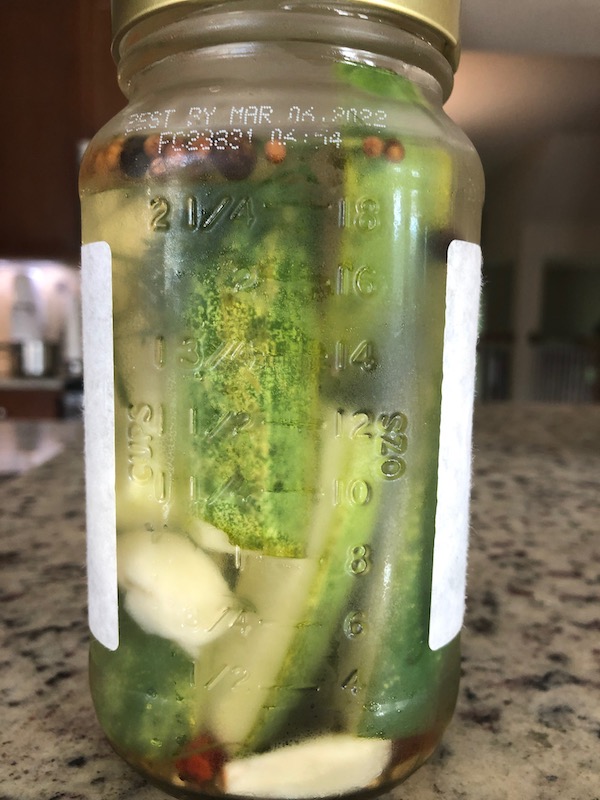 A jar of homemade pickles.

Story and recipe by Lindsey Chester.