Cary, NC – After starting Buffalo Brothers Pizza and Wing Co. in Cary and then selling the location to focus on other North Carolina stores, Buffalo Brothers is returning to Cary, now with 15 years’ additional experience. 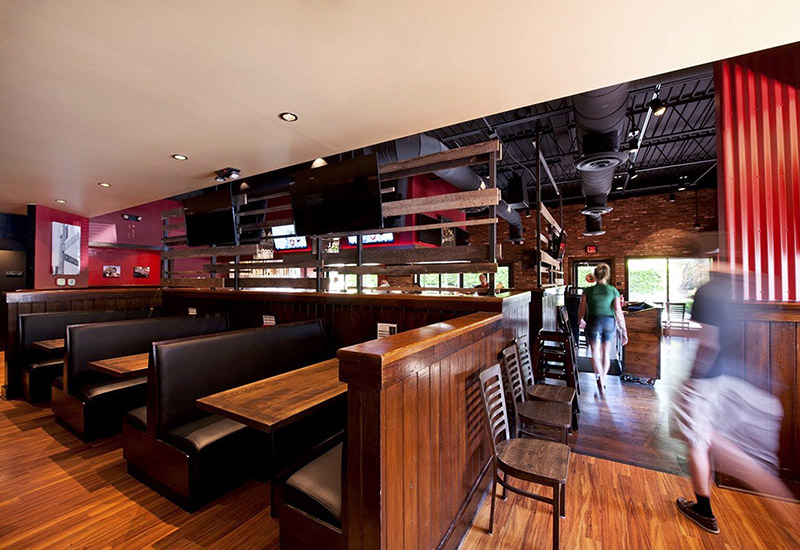 Buffalo Brothers Pizza and Wing Co. is reopening in Cary in Saltbox Village on Kildaire Farm Road. Owner and managing partner Matthew Boyd said he and his business partner had previous experience with pizza in their home town in upstate New York. When they visited a friend going to school in North Carolina, they fell in love with the area and decided to open a pizza and wing restaurant of their own here, first opening their doors in 2003 and then expanding to a new store in Raleigh in 2004.

“When Capital Boulevard became available, we jumped on it. We had no money but we begged and pleaded and shoe-stringed to get it,” Boyd said. “It became obvious that was the direction we wanted to go.”

When Boyd’s business partner moved back to the Buffalo, New York area to work on another restaurant, the Buffalo Brothers in Cary had to close while they focused on other ventures. Now, Buffalo Brothers has four locations in North Carolina, not counting their return to Cary in May 2018.

“The Cary store started everything and we lost that part of us,” Boyd said. “Now, we’re shocked people are coming back and remember us when we were here.”

To people who remember Buffalo Brothers from the 2000s, Boyd said they will notice the team has evolved since those old days.

“We’ve evolved from two people who just understood pizza and delivery to now understanding a full service restaurant,” Boyd said. “We’ve learned service, price, value. That’s not something you know as a rookie.” 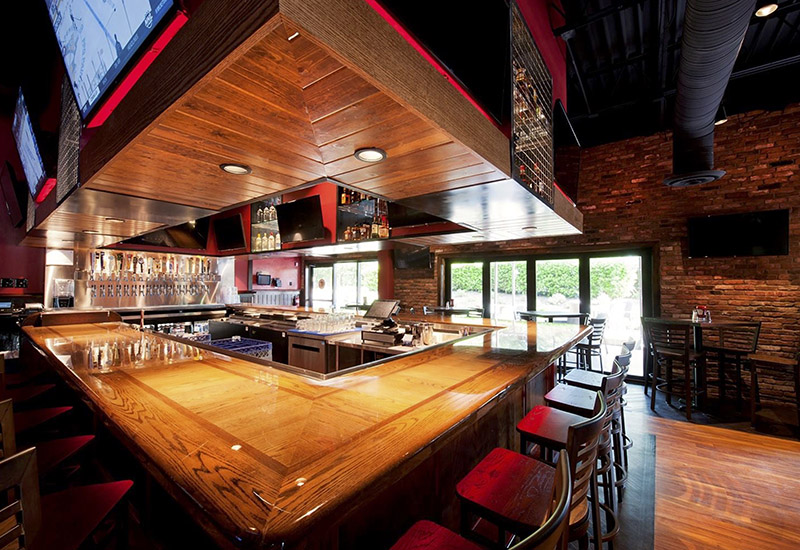 One of the reasons Boyd said Buffalo Brothers has been successful in the Triangle is because it’s found a balance between its different types of customers.

“Our niche was family-friendly sports bars, which isn’t very common. Having a sports bar where a six-year-old can also enjoy themselves is hard to do,” he said. “We try to keep the bar separate from the restaurant, which is key.”

Boyd also said for their food, nothing is pre-made so they can preserve a higher quality. Additionally, Boyd said people enjoy coming to the restaurant because it is not a chain.

“We live here. Chains are still dominant but people respect their dollars being spent locally and not some headquarters in another state,” he said. “It’s good to be known not just as a restaurant but as the place that Matt owns.”

As part of that, Buffalo Brothers also participates in local charities and fundraisers.

The new Cary location is in the former Outback Steakhouse location before the restaurant moved to Walnut Street. Boyd said the building has been remodeled before they opened.

“There was a lot of work to do since it’s a 25-year-old building and we worked front to back,” he said. “We used reclaimed materials: The tables are made by the Amish and are from old barn wood. The brick in the walls is made from demolished buildings in Boston.” 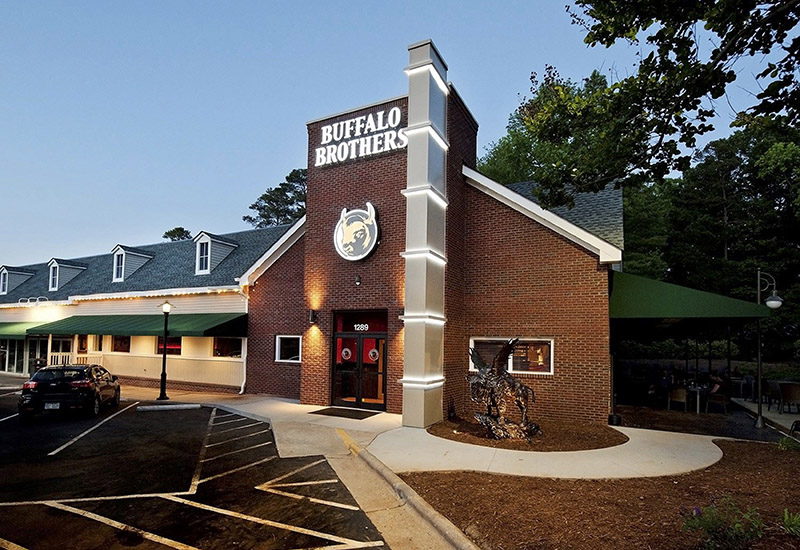