Cary, NC – You’ve probably eaten a lot of Thanksgiving dinners and frankly, you’ve gotten bored. If that describes you, here is a way to mix-up your big meal with a spicy, Southwestern stuffing.

Make sure your cornbread has been dried, uncovered, overnight and crumbled into tiny pieces. Toss the cornbread in a bowl with cilantro, pepper, salt and pumpkin seeds.

Butter the inside of a large casserole dish. Also, melt butter in a skillet and add in onion, celery and corn. Cook the vegetables until they get really soft and glistening. Then add in the cornbread, poblano peppers and chicken stock and stir.

Add it all into the casserole dish and bake it in an oven. Oven should be preheated to 350 degrees Fahrenheit. Should take about 45 minutes and you are aiming for the top to be golden brown. If you get that golden brown and it has not been very long, use tin foil to cover the top.

Then serve and enjoy and have a more exciting, spicy Thanksgiving meal. 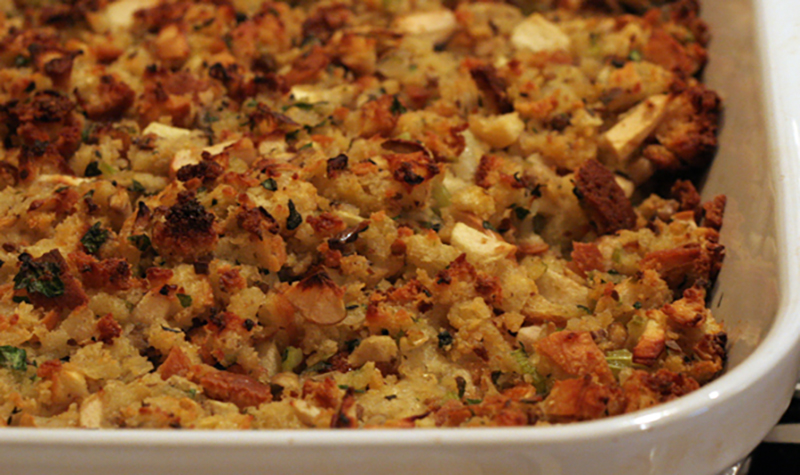