Cary, NC – While the North Carolina State Fair is famed for its giant turkey legs and deep frying anything that is edible, it also features cooking competitions for delicately crafted desserts. This year, in the youth competition, a student from Cary took home the blue ribbon as she won first place.

Grace Brescia, a student at Athens Drive High School and a Cary resident, won first place in the youth competition for her Peanut Butter Chocolate Brownies. All competitors in the youth competition made brownies, while adults made pound cakes. Also, all desserts made had to include King Arthur flour and ingredients readily made at a grocery store, as well as being made from scratch.

“I looked through lots of brownie recipes by different chefs and then blended what I found to create my recipe,” Brescia said.

This was Brescia’s first food competition and she entered it as a way to taste not only her general cooking skills but her skills with dessert specifically.

“I’m more of a savory cook and I wanted a challenge,” Brescia said.

For her interest in cooking, Brescia said she took it from her family.

“My dad is a very good cook and always inspired me in the kitchen,” Brescia said. “My grandparents on his side are also keen on cooking.”

If you are interested in making Brescia’s award-winning brownies, here is the recipe:

Heat oven to 350 degrees Fahrenheit. Melt butter and the semisweet chocolate over a bowl of simmering water. Allow to cool slightly. In another bowl, stir together eggs, vanilla and brown and regular sugar. Stir slightly cooled chocolate mixture into the egg mixture and let it come to room temperature. In another bowl, mix together flour and salt.

Add the cooled chocolate mixture. Fold in the mini peanut butter cups. Pour batter into a 9-by-13 inch greased baking dish and bake for about 30-35 minutes. 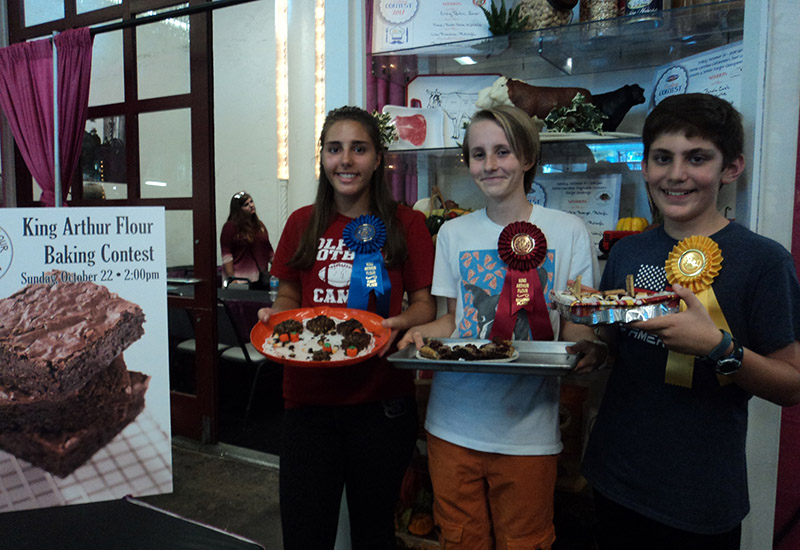