Cary, NC – With the growth of Downtown Cary, there are places to walk and get lunch, grab a beer, see a movie, and soon, get ice cream made from local ingredients. 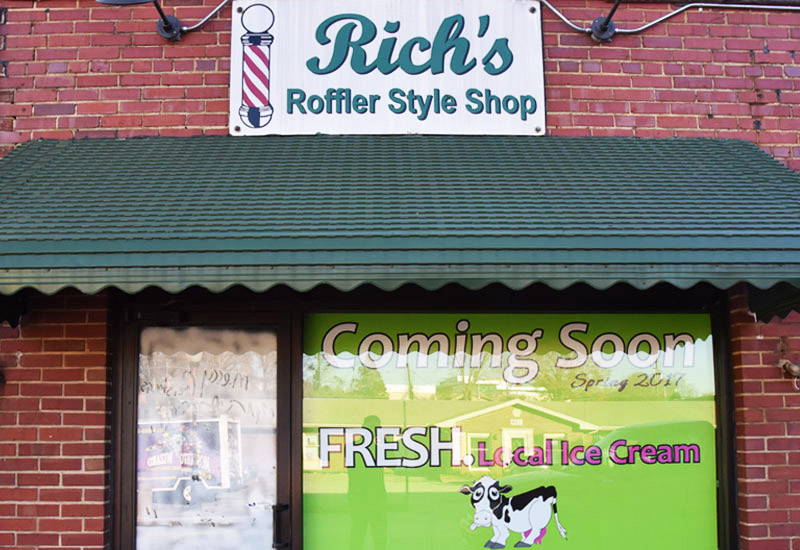 FRESH. Local Ice Cream is opening its Cary location this Spring along Chatham Street. For FRESH. Events Coordinator and one of the owners of the Cary location, Jason Hillman, he said opening here had always been a goal of his.

“I grew up in Cary, around Cary Parkway, and went to Cary High and everything,” Hillman said. “And a lot of our customers come to our Raleigh location from Cary – around 25 percent.”

Hillman’s father opened the original FRESH. location in Raleigh in 2011 and the business has operated as a family-centered store ever since, with the Cary location to be run by Hillman and his wife.

The other reason Hillman wanted to open in Downtown Cary was because of what he called the downtown revival. In its current location, taking over for the barber shop “Rich’s Roffler Style Shop,” FRESH. is right between the Cary Theater and Crosstown Pub.

“They’re trying to make downtown a walking town. That’s where we thought it would be a good place to be,” Hillman said. “We want people to be able to come in, grab a cone and walk around.”

FRESH.’s Cary location is set to include a bar with a trifolding window so people can sit and look onto Chatham Street and chat with passersby. And it’s this attention to having a “local” connection that Hillman said has contributed to their success.

“You can get ice cream from different places but we use local milk, local ingredients and really work to make it top quality,” Hillman said. “With us, it’s more of a premium product.” 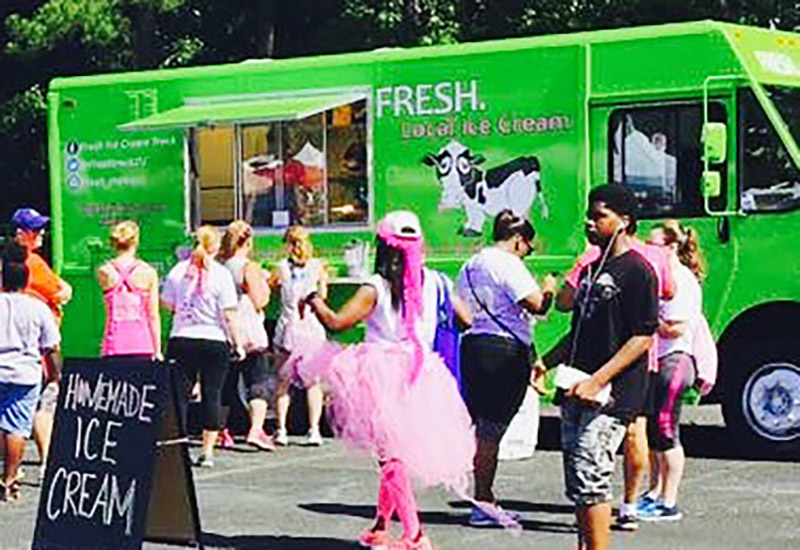 The other reason Hillman believes FRESH. has taken off in the Triangle is the emphasis on customer service.

“We try to make it more of a family oriented business and treat people like they’re a part of our community,” he said.

As part of customer service, FRESH. has started taking its ice cream directly to the people, launching a food truck in January 2016. That food truck is in Downtown Cary now and Hillman said it meets the current appetites and demands when it comes to food.

“There is such a demand for catering and events now,” he said. “And for us specifically, there is always a big demand for ice cream socials. People love those.”

Through the ice cream truck, Hillman said FRESH. has been able to differentiate itself by including milkshakes, floats, sundaes, banana splits and other ice cream-based treats into their mobile menu.

“Where other similar trucks only do cups and cones,” he said.

Outside of the truck, Hillman said they have also focused on organizing events for businesses and clubs, with “make your own sundae” bars to bring people out.

“Those have expanded our reach,” he said. “It lets people who have never tried our ice cream taste what we do.” 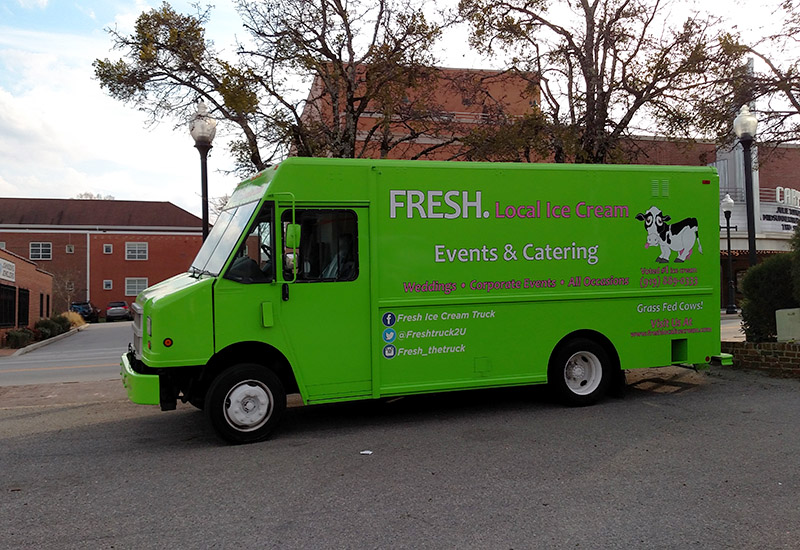 A Guide to HMart’s Restaurants