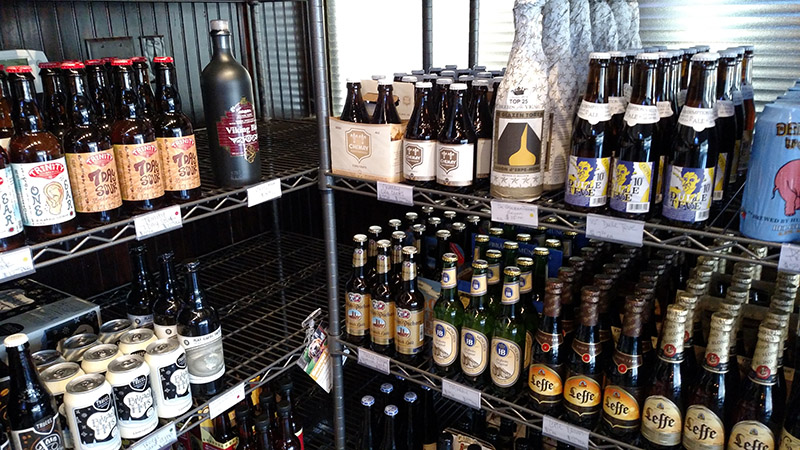 BottleDog Bites & Brews, located on Chapel Hill Road, is a new bottle shop from owners Shawn Whisnant, Todd Buff and Joe Hatch. Whisnant and Hatch started with nearby Woody’s Sports Tavern and Grill but wanted to branch out with a different concept.

“Woody’s doesn’t carry unique craft beers and we love good beer and want to share it with people,” Whisnant said. “You can find beers here you can’t find in the Triangle.”

To further their reach to find crafts beers from around the area, BottleDog is partnering with breweries as far as Charlotte and Asheville and beyond to bring new drinks to their store. Another way BottleDog is differentiating itself is with a full kitchen and menu in store.

“Instead of lots of food trucks, we have this hybrid concept,” Buff said. “It comes from traveling and eating good food paired with good beer.”

Pairing food and beer is another part of BottleDog’s goal, with 12 rotating draft beers and guides on how to match them to their menu, which has traditional sports bar food such as flatbreads and hotdogs to Canadian poutine and smoked meat sandwiches.

In addition to 12 rotating drafts, which Whisnant said can be tracked using the app TapHunter, BottleDog carries more than 200 beers in its bottle shop with more added every day. They also have a machine to make 32 ounce “crowlers” or large cans with a beer of the customer’s choice, complete with a date of canning and other info. 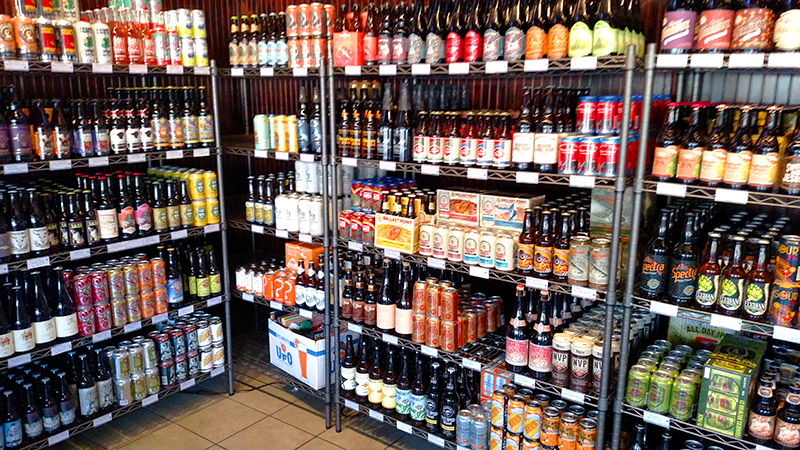 As the name suggests, BottleDog is also a dog-friendly location with a 24-seat patio that is open to dogs all year round.

“We’re dog people. We love having dogs around,” Whisnant said. “We want to push that we’re dog and family friendly.”

While dogs can’t go inside the store, BottleDog has a consolation with a special beer for dogs: “Bowser Beer,” a non-alcoholic drink made from beef broth. There are also dog cigars which are beef sticks.

“You see a lot of dog people at bottle shops so we wanted to include that clientele,” Buff said.

In the past weeks, BottleDog has being doing a soft opening to mostly friends and family which Whisnant said has been going wel.

“We wanted to test out the staff and kitchen crew and so far so good,” Whisnant said. “We feel like we’ve found people with good beer knowledge, which is important for a place like this.”

With BottleDog’s location on Chapel Hill Road, part of the same shopping center as Woody’s, both Whisnant and Buff said they were close to the growth coming out of Downtown Cary.

“Once the Johnson Street extension opens up, we’re going to be right in that corridor,” Whisnant said.

The growth from downtown has reached other parts nearby, such as Jordan Lake Brewery which Whisnant and Buff both said they have had lots of interactions with as both businesses are preparing to have a full opening.

“With everything going on downtown, we want to be a part of that,” Whisnant said. 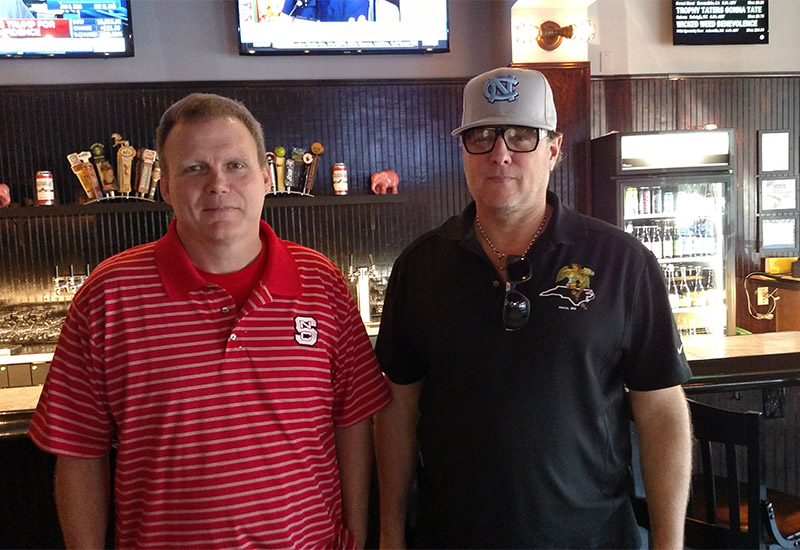