Cary, NC – Giardino Gourmet Salads is a well-known brand across South Florida but now North Carolina will get its first taste as their new location opens in Cary at the end of October. 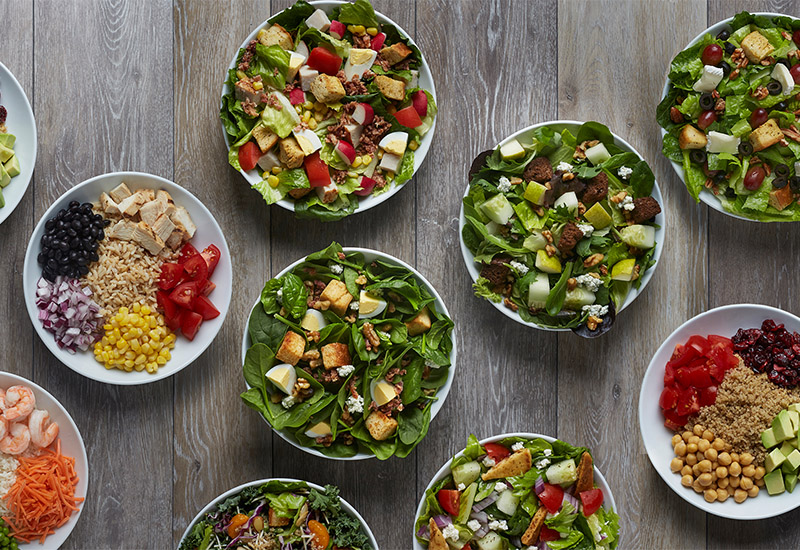 Giardino Gourmet Salads is set to open in Cary on Bass Pro Lane Monday, October 24, 2016. Site owner Mario Diaz said he moved to Cary in December and has loved the area ever since.

“We had friends who lived here and we visited a lot and it’s a great place to raise a family,” Diaz said.

Including the Cary site, Giardino is planning on opening three locations in Wake County and are currently looking at Briar Creek for their second opening. Giardino is primarily located in South Florida, with one store also open in Tennessee, so Cary’s will be the first in North Carolina.

Giardino has a variety of salads that reflect various culinary influences, including Thai, Mexican, Greek, Italian and more. They also have a Cuban salad to reflect their South Florida origins with plantains, avocado and a cilantro vinaigrette.

Natalia Juncadella, Giardino’s marketing manager, said their salads are “gourmet” because they are not pre-packaged and are made right in front of the customers.

“We have a variety of fresh cheeses you don’t see in most places,” Juncadella said.

In addition, Giardino carries many other ingredients Juncadella and Diaz say are not normally seen such as sun-dried tomatoes, bell peppers, goat cheese, sliced almonds, as well as their own unique dressings.

Giardino also practices what Juncadella called “nutritional empowerment” so not only is nutritional information available, they have options for specific diets, including vegetarian, vegan and paleo.

For many of Giardino’s ingredients, Diaz said they are working with FreshPoint to get local food.

“It’s something I firmly believe in. If you buy from a farmer here, that money is staying in North Carolina,” he said. “And it’s healthier. The less time it spends traveling to your plate, the more nutrients it has.” 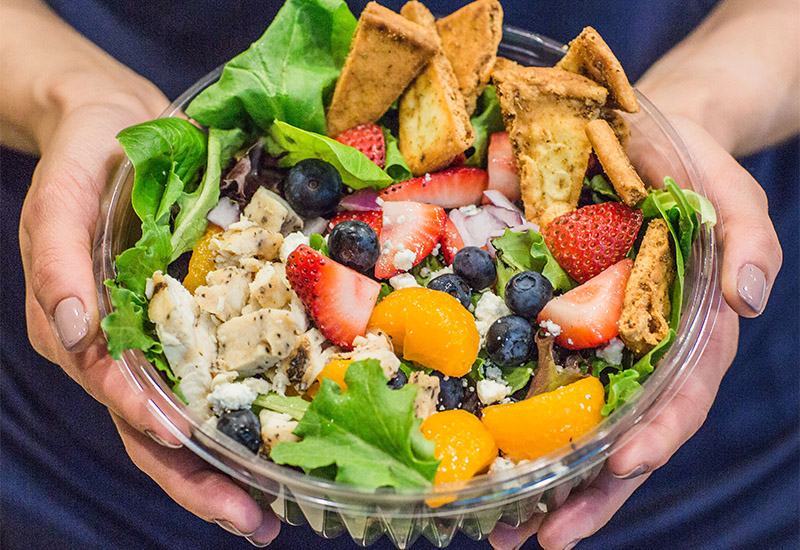 Giardino opens in Cary on Monday, October 24, 2016 and for that grand opening week, they will have different promotions. Those include certificates for buy-one-get-one food, gift cards, drawings to put money on customer’s loyalty app and free catering and on Friday, October 28, there will be free food.

“We’ve got to do something big since we’re new in the area,” Diaz said.

Around Thanksgiving time, the restaurant will also be doing a drawing to giveaway a Vitamix blender and on a family and friends opening on Saturday, October 22, they will be taking donations for the V Foundation.

And in addition to serving food to the community, Diaz said he wants to leave the employees with skills that will help them in future careers.

“I know that for high schoolers and college students, they won’t be here forever so I want to teach them to sell customer service,” he said. “If you learn that, you’ll differentiate yourself. A lot of people sell the same thing, whether you’re an accountant, a lawyer or you work at a restaurant, but if you have customer service, you can stand out.”

In addition, Diaz said he wants to teach all of his employees about business, including teaching KPI.

“I really want to build a great team that can take stuff away from here,” he said.