Last year, we had an astonishing 39 supermarkets in and around Cary. But you will be shocked at how much that number has grown in just eight months.

Cary Supermarkets Map Gets an Update

The Supermarkets Map was first published in May of 2015. It’s part of our long-running series on the Supermarket Wars in Cary.

Today, we have 57 supermarkets.

There’s also a new layer to the updated map showing Proposed markets. Some have developments in the pipeline; others are just talking about it at this point.

I know, “what a prize,” you’re saying to yourself.

But you can learn interesting things from maps. In Cary, our supermarkets assort like this: 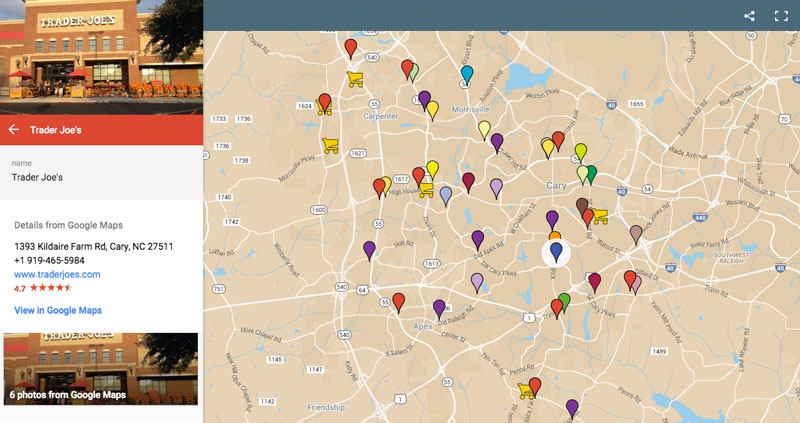 This version of the map includes a slide-out legend and downloadable KML data.

Story and map by Hal Goodtree.