Cary, NC – We wrote last week about La Farm opening its new downtown bakery on Chatham Street and the thought process behind Lionel and Missy Vatinet’s decision to move and expand. And earlier this week, CaryCitizen got to join newspapers and television stations from around the Triangle to tour the bakery and get a closer look at the bread it creates. 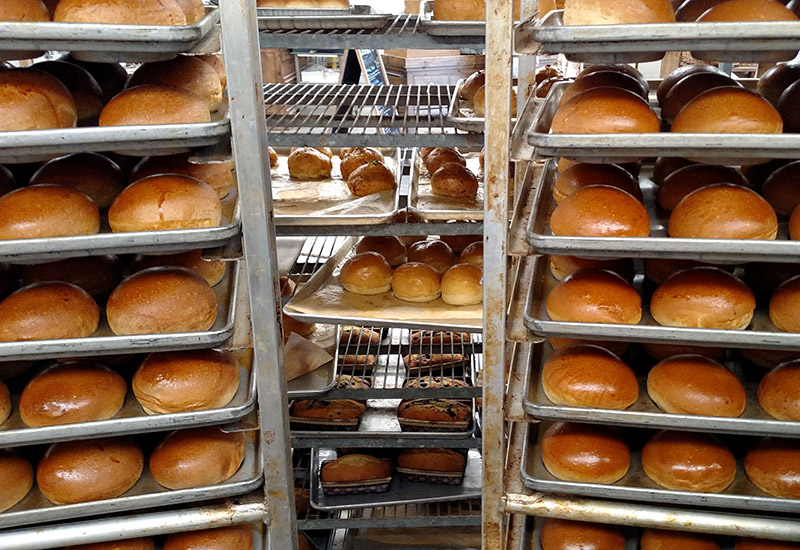 Touring La Farm, it is quickly apparent what some of the benefits are to the new location, aside from the proximity to a new customer base downtown. The large space allows each step in the bread-making process – mixing, shaping, proofing, baking, refrigeration – its own space. And the whole bakery is designed all the way down to the air ducts and the separate air conditioning for the pastry room. As Lionel Vatinet said, air conditions all the way down to humidity can affect the baking.

“Air flow can damage the skin and affect fermentation,” Vatinet said. “You adapt to the weather. You don’t wait for it to adapt to you.” 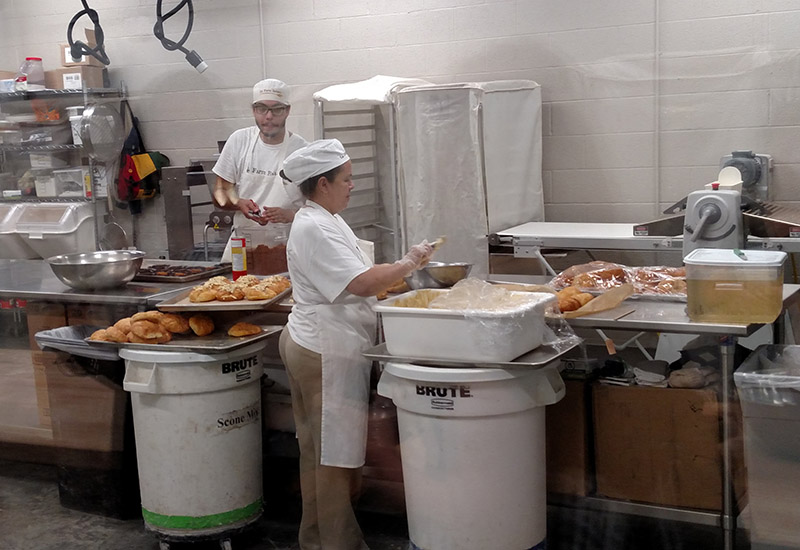 This extra space also allows Vatinet and his bakers to work with more kinds of grains, making the bakery into a kind of research-and-development lab. Among the breads Vatinet showed were made from buckwheat, barley, 100 percent rye and spelt. Some, such as the spelt bread with pumpkin seeds mixed in, are not released yet and will be sold at La Farm in the coming weeks.

In the bakery section of La Farm, there are large mixers for the quantity of bread the bakery makes and ships out, then a long central table for hand-mixing and shaping, across from the pastry room. Vatinet demonstrated a number of shaping techniques, instructing bakers to use the force of the table to their advantage and to keep their hands always moving. He even styled a special epi baguette, shaped into a stalk of wheat so there are more ends on it. 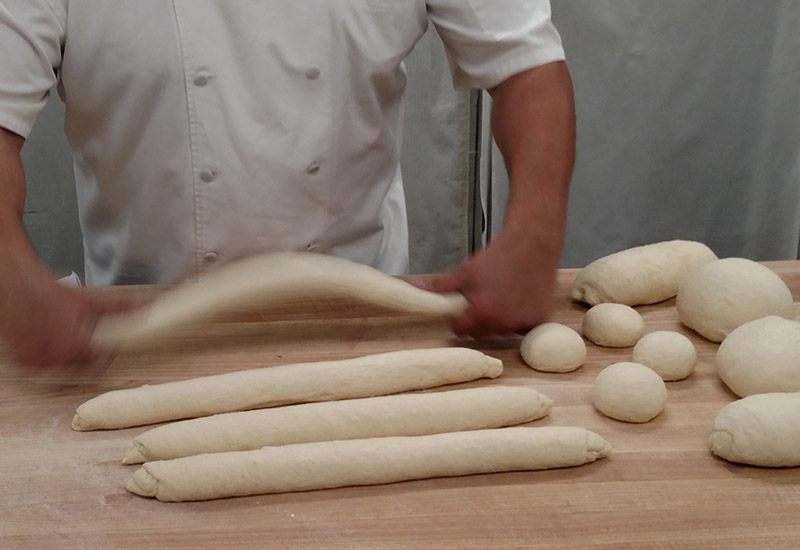 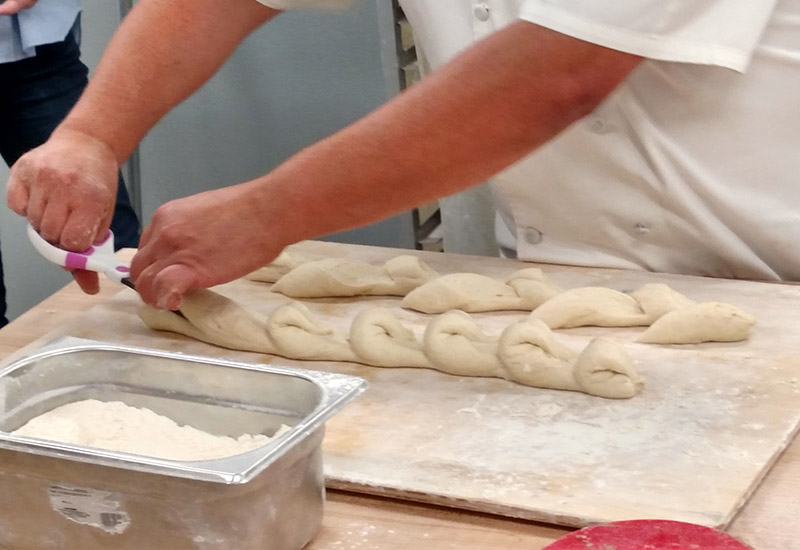 “Crust is the most important and the best part of a baguette is the hard end,” Vatinet said. “This way, there are multiple ends to get that good, firm crust.”

After some intermediary steps, there is a massive oven that can be seen from the customers’ side of La Farm. It has six decks, separated by stone layers, with steam injection that Vatinet said adds to the bread’s volume. 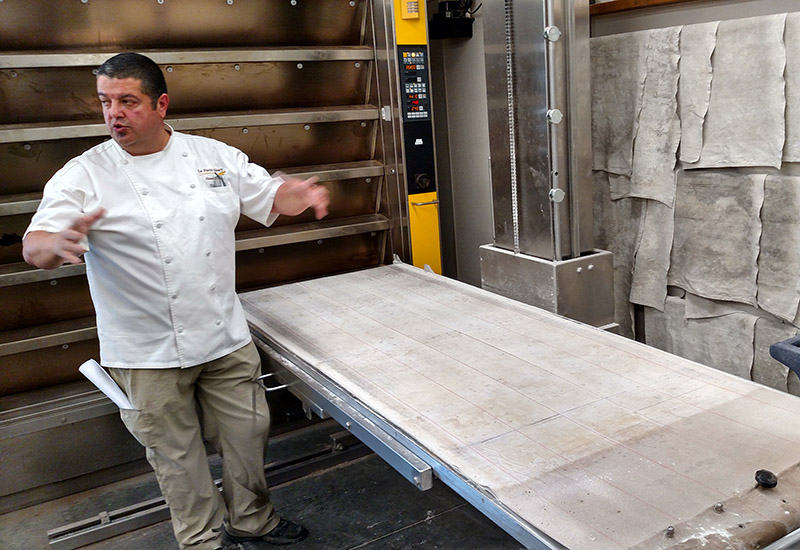 With all of these steps, as well as the grain that comes from local farmers and millers, Vatinet said it is a constant process to both adapt to the weather and work with the ingredients given.

“You give the customer bread that is a little bit different every day. It is never the same,” Vatinet said. “But to any bakers, understand your fermentation. It is a life quest.” 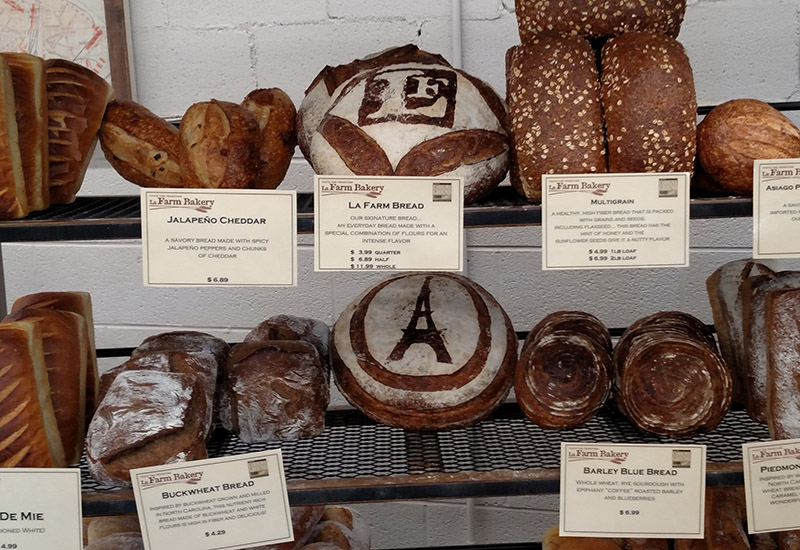 If you have been to La Farm, the large round bread stamped with their logo or an Eiffel tower has likely caught your eye. This is what Vatinet calls his masterpiece, developed after traveling and studying across France. And this bread, which is a mix of white and whole grain, has a history connected to French society.

The bread is intended to feed a family of two for up to a week. While such a large piece of bread may seem like too much for one small family, it is designed to have this long shelf life and be a staple. This comes from traditional French villages, when everyone would make bread to last this long and put it into a community over. But they would also put their names into the dough to tell it apart, which is where the La Farm stamp comes into play. 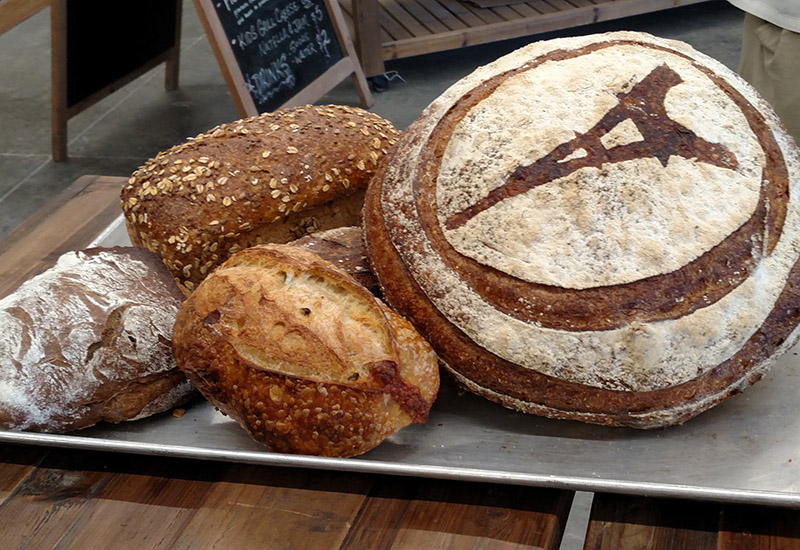 The crust on this bread is also very thick but Vatinet said that is the goal and he even talked about the proper way to store bread.

“Putting bread in a plastic bag softens the crust,” he said. “When you cut into it, you want to be able to hear the crust.”

Vatinet went through a number of breads. There was his 100 percent rye, which is comes Northern European countries with a lot of sailing because it can last a very long time. There was also buckwheat, used to make pasta noodles and crepes and has a very sweet taste to it. Then there is the barley bread, which has a smokey, almost spicy taste to it. And there is the new spelt bread, which is very nutty and changes flavors with each bite.

And with the new bakery, Vatinet said there is more room to try out new kinds of bread and grain.

“I want our bakers to express themselves,” he said. 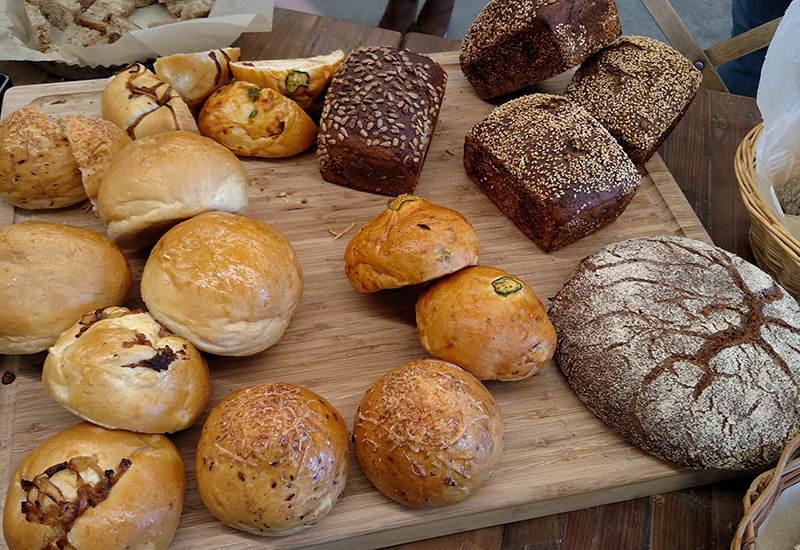 To properly eat bread, Vatinet demonstrated sitting it on its side, cutting in with a bread knife (a proper bread knife, he urged) and then inspecting the color. The most crucial step before actually eating it, Vatinet said, was to give it a squeeze and smell, learning about its grain, its acidity, etc. before then putting it in your mouth. 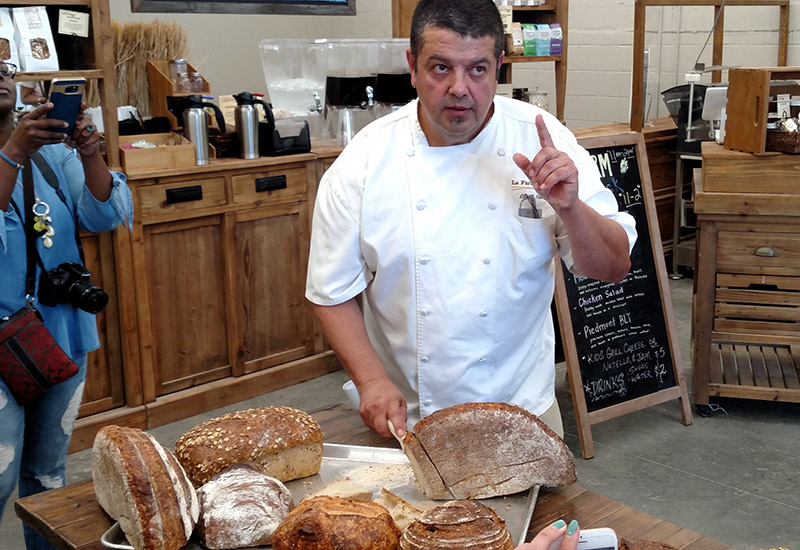 “You won’t be able to recognize us in three-to-five years,” he said. “We want to be the staple of what Cary is about.” 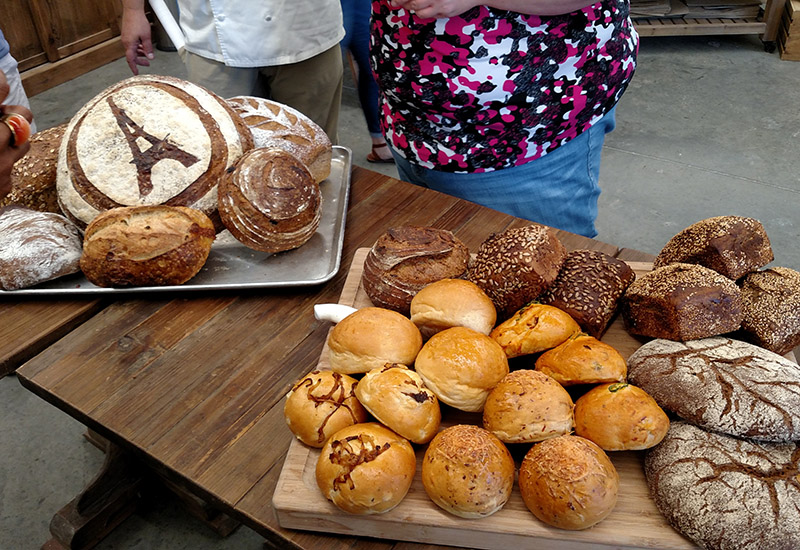